Nerves must have gotten to this college RB, who projectile puked on back-to-back plays 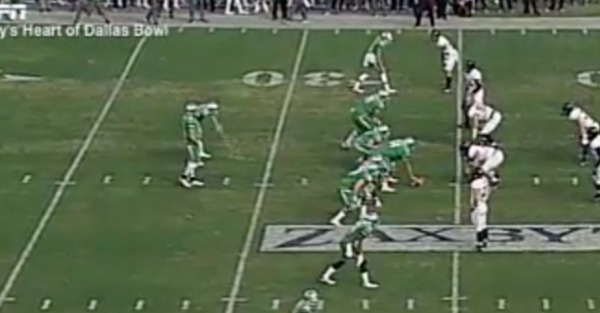 It was a case of life imitating art at the Heart of Dallas Bowl Tuesday for North Texas running back Jeffrey Wilson.

Wilson lost his lunch, projectile style, right on the field during the game. And not once, but twice. It was an unintended homage to quarterback Willie Beamen from the football movie “Any Given Sunday,” who pretty much vomited his guts out each week as a sort of pregame ritual.

But, just as in Wilson’s case apparently, the more clinical diagnosis might be an involuntary reaction to the nerves wreaking havoc on his stomach.

Either way, it was only 65 degrees out on the field so he can’t blame the weather.