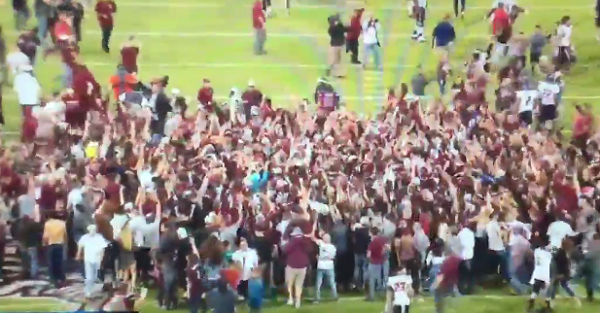 New Mexico State was enduring one of the worst and most brutal bowl droughts in FBS history as they had not been to one in 1960. That year, they went 11-0 and beat Utah State in the Sun Bowl. Now it looks like they will be meeting yet again in a slightly different bowl game.

The drought was such a big deal and people were so emotional after the 22-17 win over South Alabama that it actually got a shout on Scott Van Pelt’s SportsCenter Saturday night too:

The six wins are the most since the Aggies won seven in 2002, but they did not get to a bowl game that year. The Aggies were so bad at one point that they had a 31-116 record from 2005 through 2016. The Aggies are expected to get a bid to the Arizona Bowl, but if are forced to go elsewhere for some reason then they will not be able to afford it according to NBC 9 in El Paso.