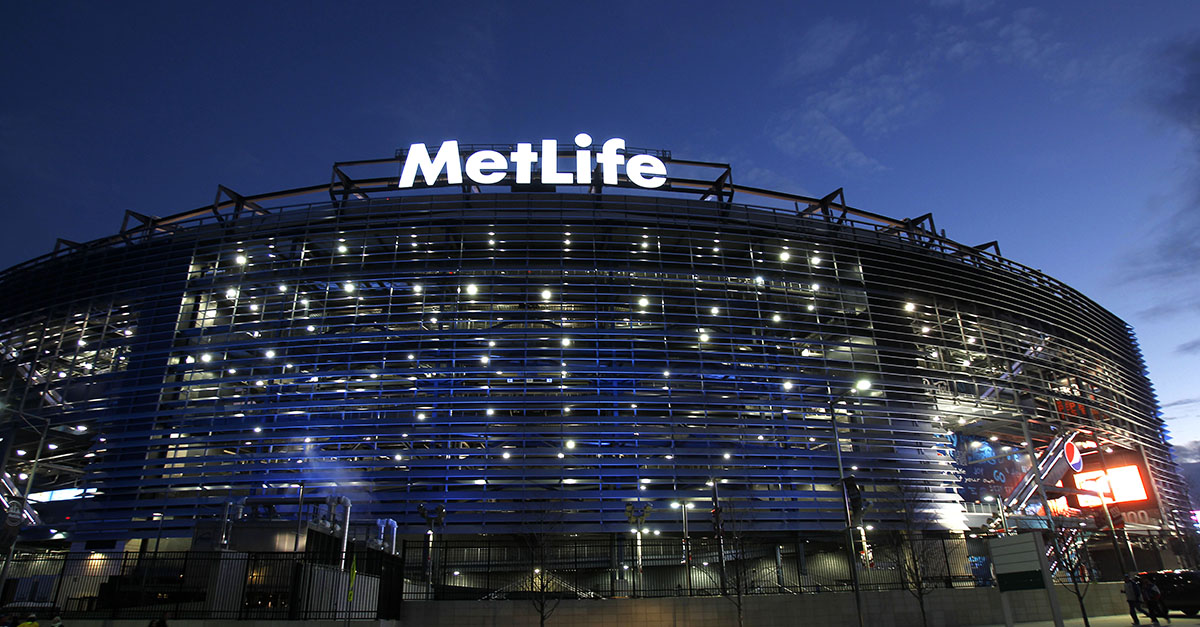 Fans of a team with College Football Playoff aspirations in the next five years rejoice, because New York/New Jersey has pulled plans to bid on hosting one of the National Championship games from 2018-2020.

According to ESPN’s Brett McMurphy, MetLife Stadium has informed him that they will not be bidding to be a host site for the title game. This is great news for anyone that may have wanted to go to one of those games, because there are few places more miserable in mid-January than outdoors in New Jersey.

Orlando has also put back plans to bid on the title game until the next round of bidding for 2021 and beyond.

This leaves 13 cities that either have bids ready or are still mulling over whether to bid on the National Championship game by the late May deadline. The seven cities/areas that will for sure be presenting a bid are Atlanta, Charlotte, Jacksonville (FL), South Florida, Minneapolis, San Antonio, and Santa Clara (CA). The six cities still undecided are Arlington (TX), Detroit, Houston, Indianapolis, New Orleans, and Pasadena (CA).

I’m on record as saying the game should be at the Rose Bowl every year, so I hope Pasadena does bid and gets at least one of the title games. Atlanta seems like a lock to get one with a brand new stadium that will be finished in 2017, and from there the other spot would seem to be up for grabs. South Florida, New Orleans, Arlington, Houston, and Jacksonville all having very strong candidacies (warm weather markets with proven track records holding Super Bowls or CFB title games), while Indianapolis and Detroit have indoor facilities that have hosted Super Bowls.

Whatever the case, we know it won’t be in New York, which would have been quite possibly the worst possible outcome.