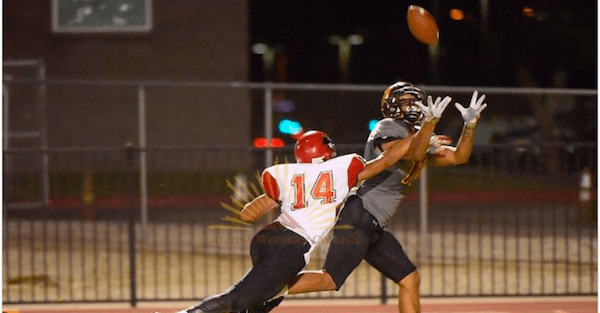 No. 1 JUCO tight end Jeremy Patton didn’t enroll at Arkansas in the winter due to an academic eligibility situation, but he has the issue resolved and is on his way to Fayetteville to join the Razorbacks.

Im on my way home Fayetteville !! Time to start the next chapter 🐗🐗🐗 #WPS

Patton committed to Arkansas in June of 2016, but he had to play junior college football at Arizona Western College last season.

The 6’6, 230-pound prospect fills a big need for the Razorbacks’ offense. Patton will replace tight end Jeremy Sprinkle, who graduated and was drafted by the Washington Redskins.

Arkansas lost six of its top seven pass catchers from last season, so Patton will likely be called on to contribute immediately.

Patton also had offers from Louisville, Nebraska, Alabama, and Auburn.