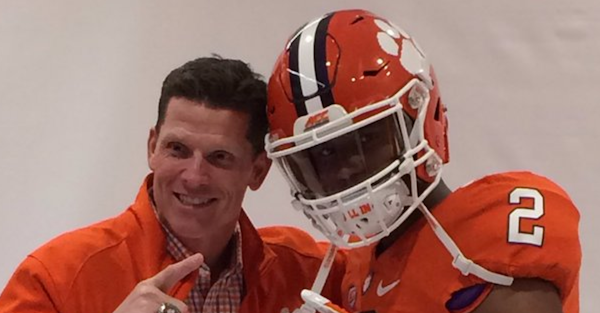 An intriguing class of 2018 versatile recruit Kyler McMichael has narrowed down his list of schools to six schools, and they’re all big-name schools in the South.

“Four-star Kyler McMichael (Norcross, Ga./Greater Atlanta Christian) told Dawgs247 on Wednesday that he is now looking to decide in the next few months and a few schools are at the top of his list.”

McMichael is a Georgia native, so it’s not a huge surprise that his final decision will come down to six powerhouses in the southeast.

The Greater Atlanta Christian School star can play a multitude of positions that include running back, wide receiver and cornerback, but according to the piece linked above, he plans to play cornerback in college.

Still, his diverse skillset makes him one of the more interesting four-star prospects in his class as college coaches will be able to use him in various facets of the game.