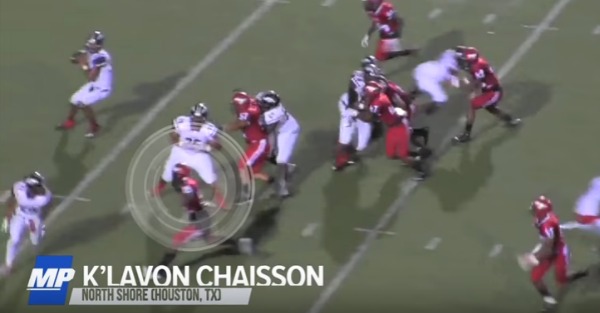 One of the country’s most sought after defensive ends has narrowed his choices down to three schools.

K’Lavon Chaisson, a native of Houston, TX, announced on Twitter Monday that he will decide between Texas, LSU, and Florida by National Signing Day Wednesday Feb. 1.

I will be choosing out of Texas🐂, LSU🐯, or Florida🐊 on signing day at 11:00 at North Shore in the auditorium.

Chaisson, a 6-4, 220 pound four-star player, is the nation’s No. 4 weakside defensive end and the 5th-ranked overall prospect in the state of Texas for the class of 2017, according to 247Sports composite rankings.