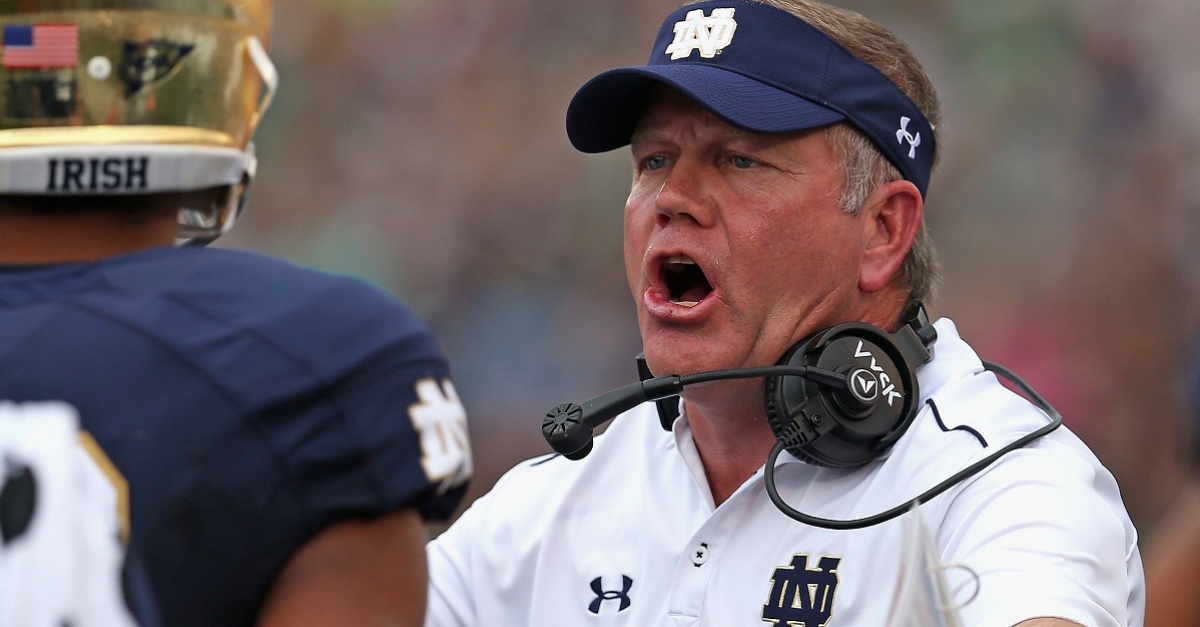 Stepherson was third on the team in receiving in 2017 as he caught 19 passes for 359 yards and five touchdowns. He was arrested on misdemeanor marijuana charges in 2016, and he and Holmes were arrested for misdemeanor shoplifting charges. Stepherson was also suspended for four games to start the 2017 season.

Holmes and Tiassum played in limited roles in 2017 for the Fighting Irish. McIntosh rushed for 368 yards and five touchdowns last year as the third string running back, and he likely would have had an expanded role in 2018 after the departure of Josh Adams, who left for the NFL Draft.

The school did not list a reason for why the four players were dismissed.

Notre Dame opens up the 2018 season at home against Michigan on Sept. 1.