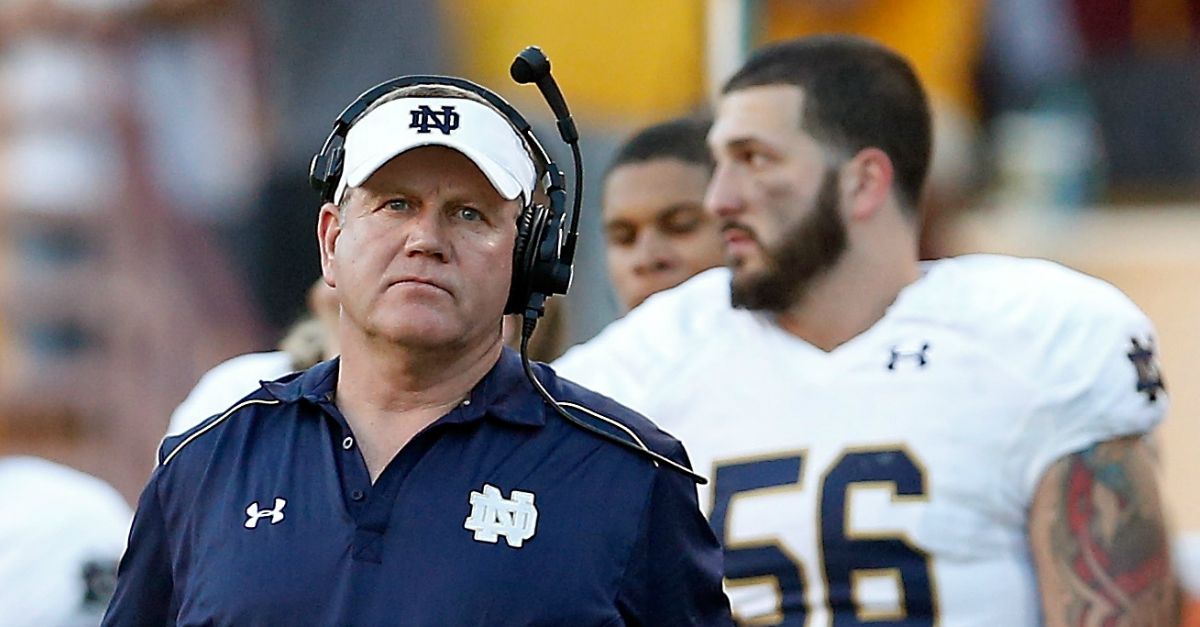 Notre Dame coach Brian Kelly has zeroed in on Mike Elko to become the Irish’s next defensive coordinator.

Related: Notre Dame wideout is following in his famous father’s footsteps and is switching sports

Elko was the defensive coordinator at Wake Forest the last three seasons. The Demon Deacons went 6-6 this year, but they finished with the No. 20 scoring defense in the country under Elko.

Kelly fired Brian VanGorder after only four games this seasons, and he promoted Greg Hudson to interim coordinator. Notre Dame was No. 62 in scoring defense this season, allowing 27.8 points per game.

#NotreDame has made a couple of very good hires this week in DC Mike Elko & now getting Brian Polian back: https://t.co/F0EcAezGDo

Kelly suffered his worst season since arriving in South Bend as the Irish finished 4-8. He’s lost out on some talent already this offseason, but he’s at least rebuilding his coaching staff.