Notre Dame to lose yet another high-level assistant, this time to a Group of 5 school 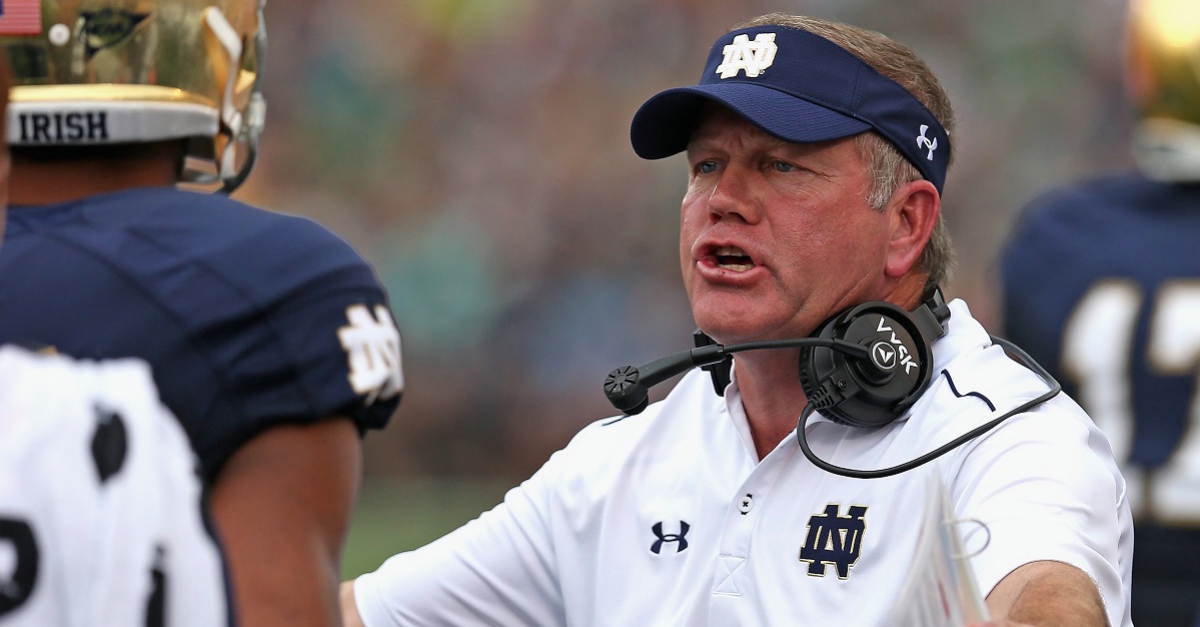 Brian Kelly is still in charge at Notre Dame, and that probably isn’t going to change any time in the near future. However, he is now dealing with a lot of staff turnover after yet another assistant has decided to leave, as it was reported on Tuesday that offensive coordinator Mike Denbrock is leaving to take the same position at Cincinnati.

Related: ESPN thinks these three college coaches should bolt for the NFL

Denbrock will be joining the staff of Luke Fickell, who Cincinnati hired away from Ohio State after Tommy Tuberville stepped down from the head coaching job.