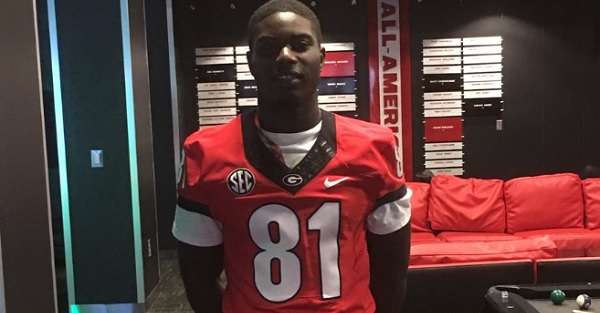 After the Buckeyes were favored in his recruitment, four-star linebacker K’Vaughan Pope finally confirmed the interested on Friday by announcing his commitment to Ohio State.

Ohio State had most of the predictions in the 247Sports Crystal Ball prior to the commitment, and only Florida and Georgia were seen as contenders to the Buckeyes.

Pope is a consensus four-star recruit, and he ranks as the No. 7 inside linebacker per the 247Sports Composite.