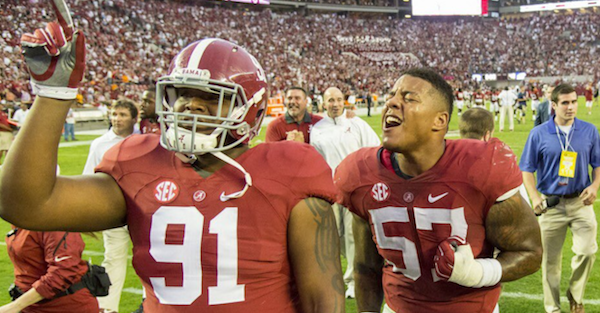 The news was revealed via Kyle Goblirsch who covers the Gophers for 247sports.

The former three-star recruit confirmed Goblirsch’s report on his personal Twitter account after, along with a new profile pic of him in a Gopher uniform.

I Am Officially Family Of The University Of Minnisota!!!! Ready to work! #LetsBeElite @GopherFootball

Smith played sparingly for the Crimson Tide, but Smith still has a lot of upside as a defensive tackle. He figures to play a big role for Fleck’s team in Minnesota as he continues big-time talent to a program that needed it.

Smith appeared in just one game in two years for Alabama.