One ESPN expert likes Michigan as a “best bet” this weekend 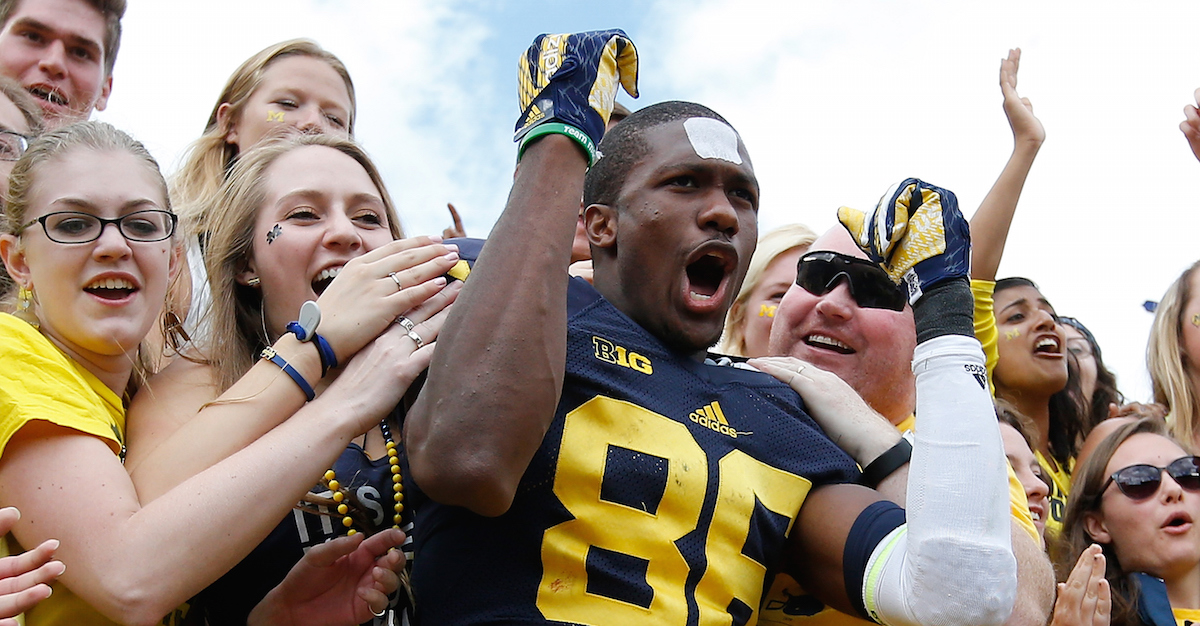 ANN ARBOR, MI - SEPTEMBER 19: Jehu Chesson #86 of the Michigan Wolverines celebrates a 28-7 victory over the UNLV Rebels with fans on September 19, 2015 at Michigan Stadium in Ann Arbor, Michigan. (Photo by Gregory Shamus/Getty Images)

The action is varied when it comes to the game between Michigan and BYU this weekend, but while the public likes the Cougars, the “smart guys” seem to be leaning Michigan’s way. That point was reinforced on Friday when a leading handicapper placed the Wolverines in his “best bets” for this weekend’s slate.

Will Harris of ESPN Chalk, in picking a final score of 28-14 and predicting a Michigan “cover”, had this to say:

Michigan fans are aflutter about Jake Rudock’s struggles, but this offense is improving, especially along the line. The Wolverines also boast the best rush defense that BYU has seen, and that means that despite the stellar play of Tanner Mangum and Adam Hine thus far, this could be the game where injuries to key run game components Taysom Hill, Jamaal Williams and Steven Richards catch up with the Cougars. Bronco Mendenhall has been outstanding as an underdog, but this is a tough spot in an early start coming off three straight nailbiters and making a second straight trip to another time zone.

Harris’ point about BYU’s travel schedule is warranted, especially with a noon kick-off time in Ann Arbor. Still, this point spread (and the game result) could come down to who wins the quarterback battle, and that presents some trepidation for Michigan fans.

Still, it is fun to see the experts on the side of the home team when the game takes place in Michigan Stadium, and hopefully, the Wolverines will live up to the billing.