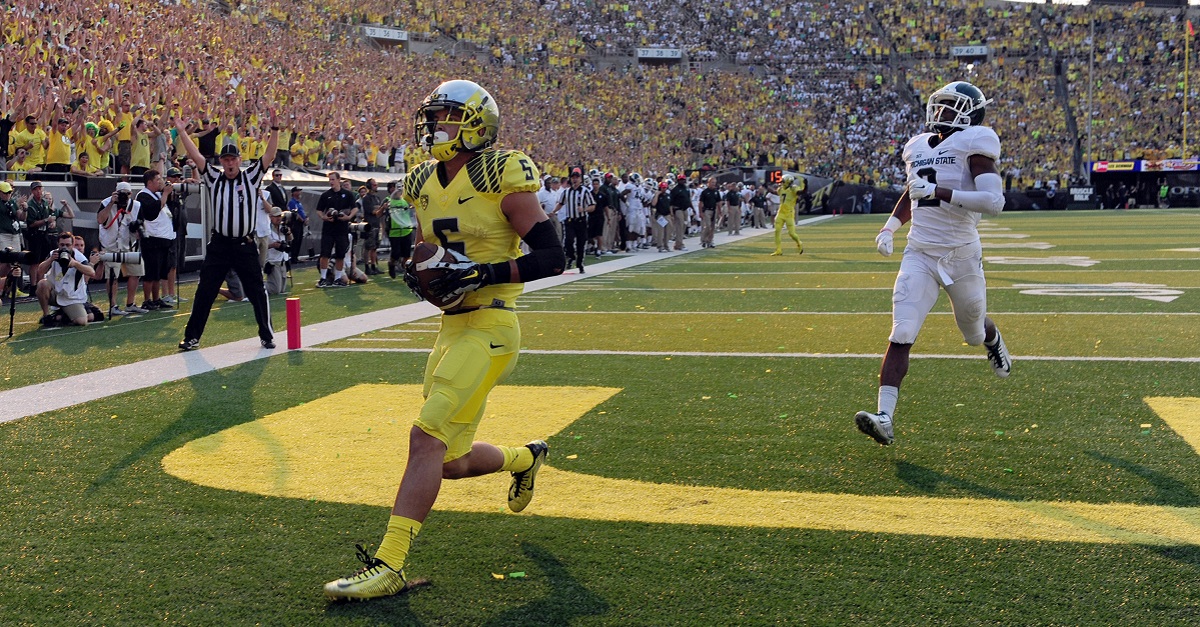 EUGENE, OR - SEPTEMBER 06: Wide receiver Devon Allen #5 of the Oregon Ducks catches a touchdown pass in front of cornerback Darian Hicks #2 of the Michigan State Spartans during the third quarter of the game at Autzen Stadium on September 6, 2014 in Eugene, Oregon. (Photo by Steve Dykes/Getty Images)

Will one of college football’s most athletic wide receivers be a representative for the United States in the Olympics? Well, he cleared some major hurdles in trying to get there on Friday… literally.

Oregon wideout Devon Allen took home the NCAA track title in the 110-meter hurdles on Friday, running the event in 13.50 seconds. It is his second national title in the event, as he also won it in 2014.

Allen will be competing in the U.S. Olympic trials next month, where a Top 3 finish would land him a trip to Rio de Janeiro for the Olympic Games. To put Allen’s time in perspective, a 13.50 time would have at least gotten him into the semi-final rounds at the 2012 London Games.

As far as football goes, Allen had a sub-par 2015 season for the Ducks, as a knee injury helped bury him on the depth chart. However, in his freshman season in 2014, he had nearly 700 receiving yards and seven touchdowns. He hopes to be back as a key part of the Ducks in the upcoming 2016 season.