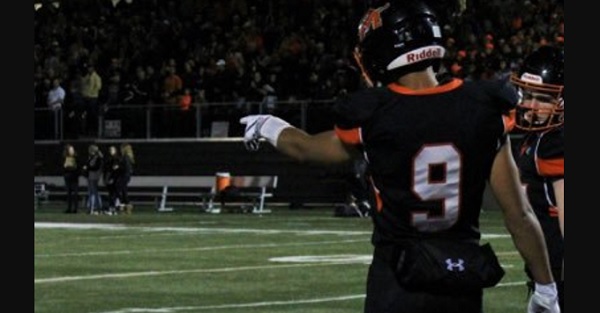 Three-star athlete Trey Lance (6-foot-4, 195 pounds, Marshall, MN) announced his commitment this week, and he will be heading to a team that has won several national titles over the past decade.

Nope. Not Alabama. In fact, it looks like Lance will be taking his talents to the FCS, as he announced his commitment to North Dakota State.

According to 247Sports, Lance is the highest-rated recruit in North Dakota State’s history and it’s not even close. Lance is ranked in the Top 1000 of the 247Sports Composite, and you usually see those recruits around that range go to good Power 5 or high-level Group of 5 schools.

In an interview with Scout, Lance explained one of the biggest reasons why he wants to play for North Dakota State: he will have the opportunity to be a quarterback.

“I’m 100% done with the recruiting process now and will not visit anywhere else besides NDSU,” Lance said. “I wanted to play quarterback at the next level, as I’m just a quarterback. I know that’s what I am and it’s what I want to be.

If Lance has NFL aspirations, then he’s in good hands at North Dakota State; that is where current Philadelphia Eagles starter and former No. 2 overall pick Carson Wentz developed as a quarterback, and Wentz played a part in helping the Bison win five FCS national titles in a row between 2011 and 2015.