One school was just retroactively awarded the 1945 national championship 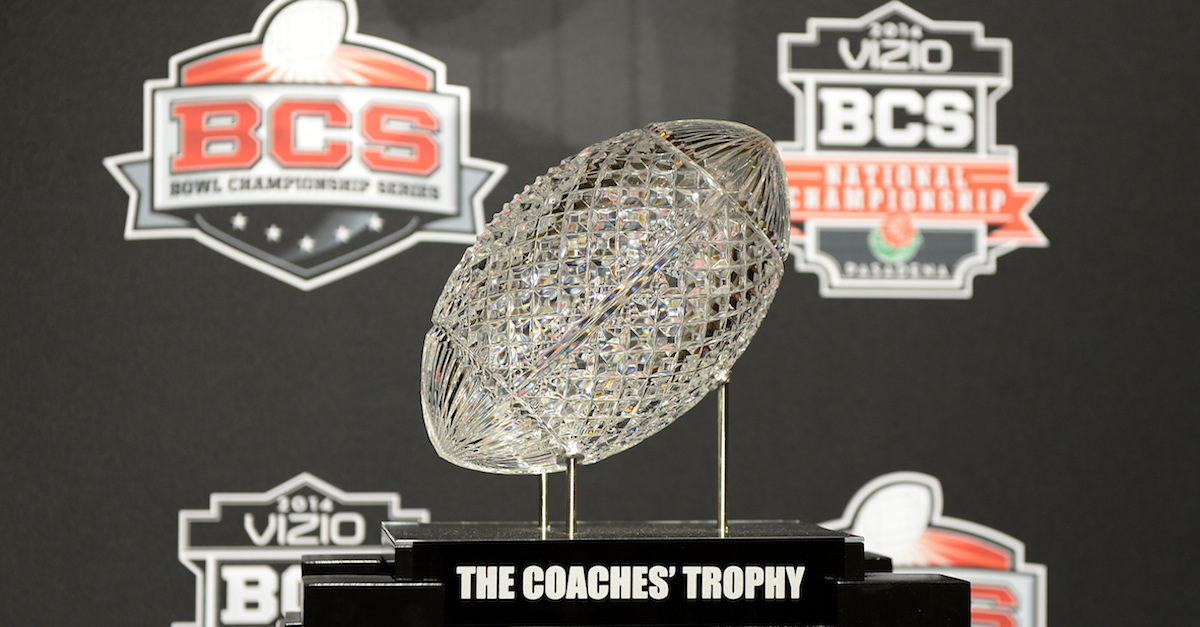 It looks like Oklahoma State will need to make some room in the ol’ trophy case.

The Cowboys were retroactively awarded the 1945 national championship on Thursday, with the American Football Coaches Association releasing a statement that they had awarded Oklahoma State with crystal ball trophy for that season.

From an AFCA statement:

“After gathering all the pertinent information and doing our due diligence, it is the pleasure of our Blue Ribbon Commission of coaches to officially recognize Oklahoma State’s 1945 championship season with the AFCA Coaches’ Trophy.”

While this may seem random, it may cause some contention among multiple fan bases. For one thing, Oklahoma State finished fifth in the AP Poll that year, with Army and Alabama taking the top two spots in the poll that season.

Also with this awarding of the trophy, Oklahoma State retroactively becomes the first school to win football and basketball titles in the same season.

Sorry, Florida. However, congrats to T. Boone Pickens and co.