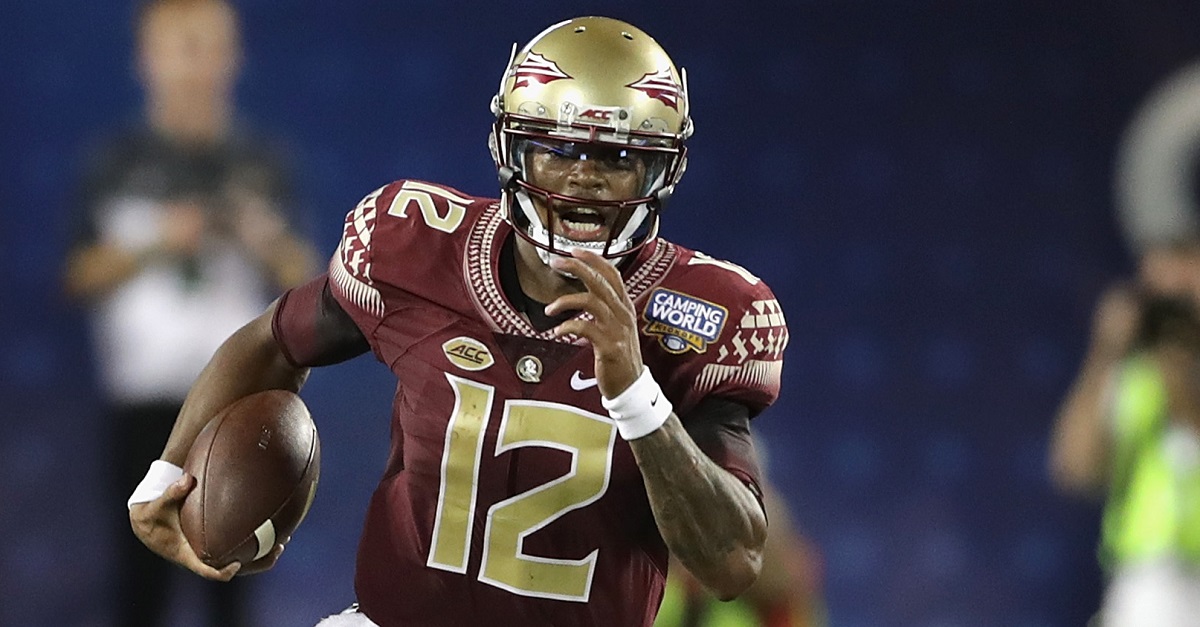 NFL.com released their ranking of 17 candidates for the Heisman Trophy for the 2017 season, and a couple of names stood out for how low there were on said list.

The first of those names is Florida State quarterback Deondre Francois at No. 12 on the list. As a freshman in 2016, Francois performed extremely well behind an offensive line that was horrible at protecting him in the pocket. Francois threw for 3,350 yard and 20 touchdowns against seven picks in 2016, and he could be the centerpiece of a title contending team in 2017.

The second name? Alabama’s Jalen Hurts, who came in at No. 16 in the NFL.com Heisman rankings. Whatever Hurts’ shortcoming may have been as a passer last season, he is still the quarterback of a Nick Saban-led Alabama team. It’s hard to see him falling off that badly after a good freshman season, and considering Alabama is likely to win 10 games, it’s weird to have him behind quarterbacks (UCLA’s Josh Rosen, Washington State’s Luke Falk, Wyoming’s Josh Allen) that might get the benefit of having their team’s win as much in 2017.

Coming in at No. 1 on the list was 2016 Heisman finalist Baker Mayfield, followed by 2016 Heisman winner Lamar Jackson. To view NFL.com’s full list, you can click here.