One surprise QB is No. 1 on the transfer list, and it isn’t Malik Zaire 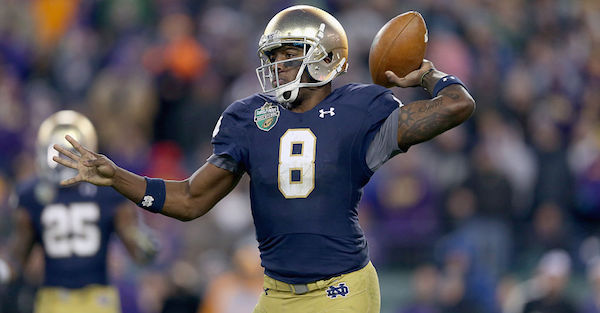 The transfer market has impacted numerous schools throughout the country at the quarterback position, and many of those transfers could impact conference championships.

College football analyst Chris Hummer of 247 Sports ranked all the transfers at QB who will make an impact next season, and many are familiar faces with new schools.

The top quarterback on the list is West Virginia QB Will Grier. Grier started six games for Florida in 2015 before being suspended for testing positive for a performance enhancing drug.

Auburn quarterback Jarrett Stidham checked in at No. 2 on the list. Stidham, who left Baylor for Auburn after Art Briles was fired, could have the Tigers among the top in the SEC.

Former LSU and current North Carolina QB Brandon Harris is No. 8 on the list, and recent Florida signee Malik Zaire is No. 9. Both Harris and Zaire had up-and-down tenures at their former schools.

Nearly every QB on the list is expected to contribute next season, and several could have a serious impact on the national championship picture.