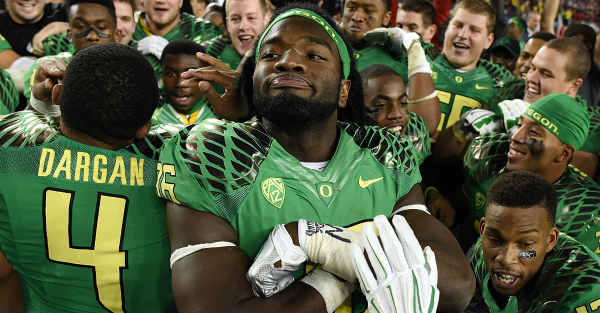 A senior Oregon football player has been suspended indefinitely as a result of assault allegations.

Torrodney Prevot, a linebacker for the Ducks, is under investigation by the University of Oregon Police Department for the alleged assault of a female former student-athlete.

RELATED: In a surprise to no one, Oregon has new uniforms and they?re awful

The woman filed a complaint stating Prevot assaulted her twice earlier in the year, according to The Oregonian. Oregon head coach Mark Helfrich said the team has been aware of an investigation since last spring but received new information late last week which led to the suspension.

Prevot had 48 tackles as a linebacker last year. He practiced with the team through preseason camp and was fighting for a starting spot at defensive end this year.