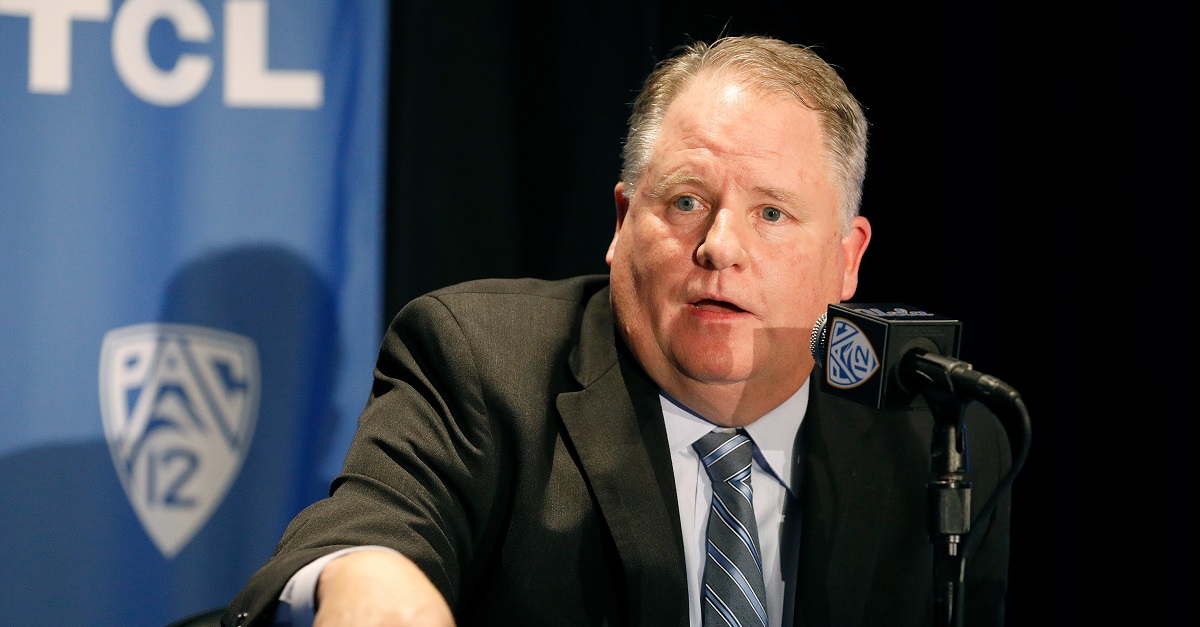 Chip Kelly is now the head coach at UCLA and he did have some continuity from the last staff sticking around. However, one coach who’s been there for over a decade is now reportedly leaving to take a position at a much smaller school.

SOURCE: #UCLA TE coach Angus McClure is leaving to join the #Nevada staff. McClure had previously coached D-line and worked as recruiting coordinator for the Bruins.

McClure just finished his 11th season with the team and has been through several coaching changes. He was on a staff with head coach Karl Dorrell, then Rick Neuheisel, then Jim Mora and he was retained by Kelly. However, it appears he wants a change of scenery to the much drier climate of Nevada.

His new position remains unclear, but it must be good if he’s leaving a big time program like UCLA to go there.