Report: Another Power 5 coach has been handed his pink slip 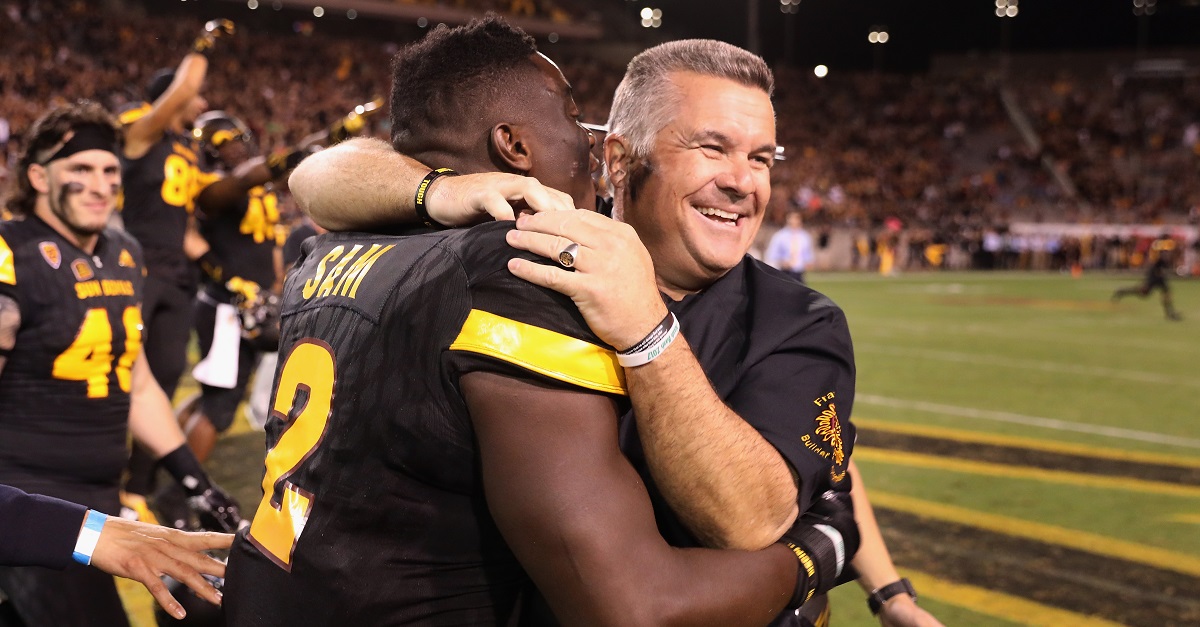 After rumors that Arizona State head coach Todd Graham knew he was going to be fired, the reports are coming in that the Sun Devils have parted ways with their head coach.

BREAKING #ASU has just fired Todd Graham, a source has told me.

Graham is 46-31 in his six seasons at Arizona State, but the program has started to fall after a lofty start to his tenure. After a 28-12 record in his first three seasons with the school, the Sun Devils have been a mediocre 18-19 since.

Graham has been on the hot seat ever since the offseason, as Arizona State declined the yearly option they hold to extend Graham?s contract. With that in mind, it appears that this season immediately became an audition for Graham, and it doesn?t look like a middle-of-the-road record was going to be enough for Graham to stay as the head coach in Tempe.