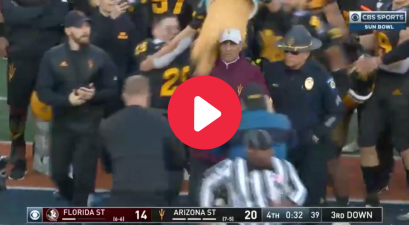 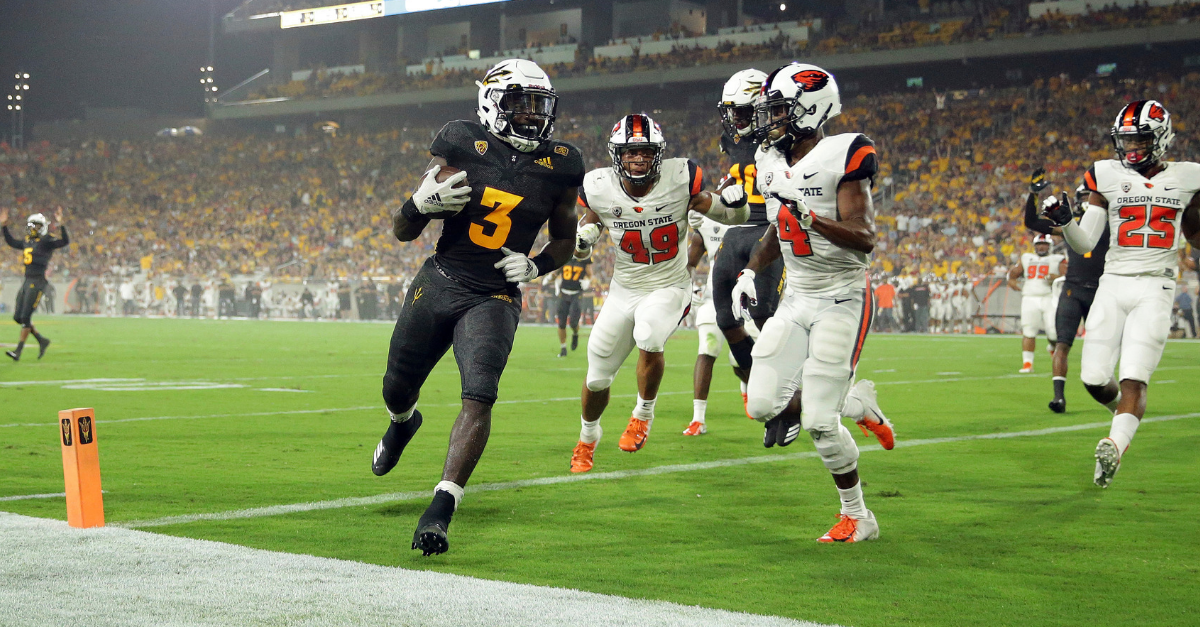 If anyone was asked to predict the first 300-yard rusher in college football this season, chances are the most popular answers would either be Stanford running back Bryce Love or Wisconsin running back Jonathan Taylor. Those are both logic guesses, too. However, that would be incorrect.

Meet Arizona State sophomore running back Eno Benjamin, the nation?s first 300-yard rusher in 2018 and new Sun Devils record holder. He just racked up 312 rushing yards on 30 carries with three touchdowns and added three catches for 27 yards and another score in ASU?s 52-24 win over Oregon State.

For his efforts, the 5-foot-10, 201-pound running back from Wylie, Texas, was named the Pac-12 Football Offensive Player of the Week.

Benjamin?s game didn?t just break Arizona State?s previous single-game rushing record, it completely shattered it. The 312 rushing yards ? the most in the Football Bowl Subdivision this season and eighth most in Pac-12 history ? surpasses Ben Malone?s 45-year record of 250 yards set back in 1973. His 185 yards by halftime is also a school record and the first Sun Devils player to rush for at least 100 yards in the first two quarters since 2011.

Granted, the Oregon State Beavers have a horrendous rushing defense ? the worst in the country, actually ? but this is easily the best performance of the season nobody is talking about.

Anyone who goes for over 300 yards deserves plenty of recognition, no matter who it is against.

The 339 all-purpose yards are the most in college football this season, too.

After racking up just 142 rushing yards as a freshman, Benjamin has 98 carries for 595 yards and five touchdowns in 2018, while also registering 21 catches for 154 yards with two more touchdowns.

It?s been an impressive start to the season with three 100-plus yard performances in the first five games, but nothing tops what Eno Benjamin was able to do at Sun Devil Stadium in Tempe, Arizona on Saturday night to help his ASU football team get a massive bounce-back win.

Needless to say, head coach Herm Edwards has a stud running back to be a major part of the game plan moving forward.