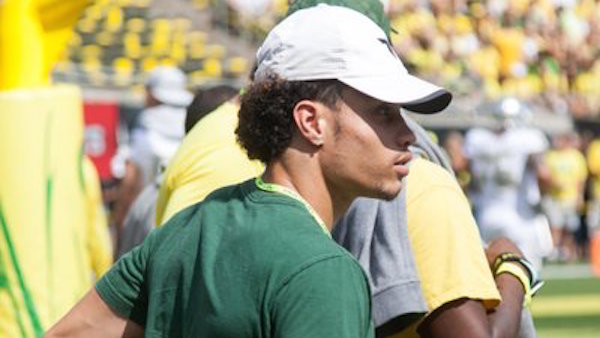 Former four-star Notre Dame and Oregon commit Braden Lenzy announced that he has set his decision date to December 22 and will chose between the Ducks, the Fighting Irish and UCLA on Friday via Twitter.

The Portland native took an official visit to Notre Dame this past weekend, where he initially committed before flipping to the Ducks in June.

Lenzy ranks as the No. 10 athlete and No. 211 overall prospect for the 2018 national recruiting cycle, according to the 247Sports Composite.