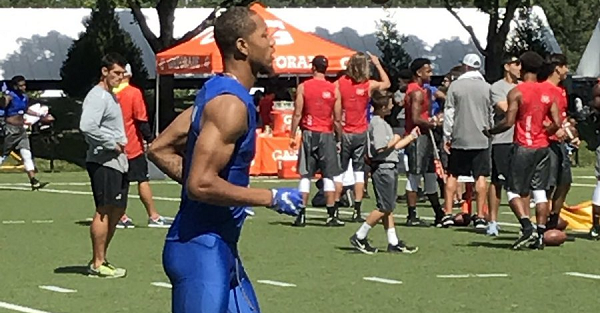 Four-star receiver Jalen Hall is an Army All-American and has decided where he will be taking his talents in 2018. He made the announcement via Twitter.

The 6-foot-4, 192-pound receiver out of Long Beach, Calif. gives new coach Mario Cristobal a nice weapon to work with next season. He also had offers from 40 other schools including Florida State, Nebraska, Alabama, Auburn, USC, Texas A&M and Stanford among others.

Hall is ranked as the No. 22 receiver in the class of 2018 and the No. 15 recruit in the state of California according to the 247Sports Composite rankings.