NFL coach spurns Chip Kelly and UCLA, opts to take a promotion instead 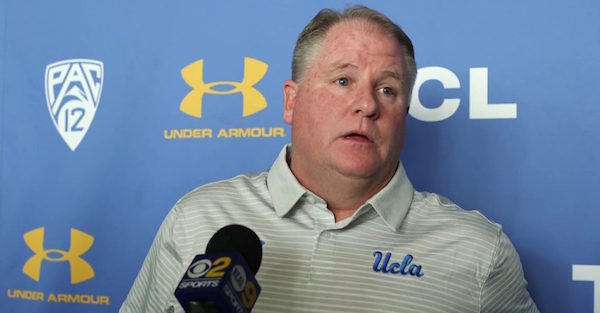 Washington Redskins quarterbacks coach Kevin O’Connell has reportedly turned down an offer from Chip Kelly to join his staff as UCLA’s new offensive coordinator and will instead accept a promotion to passing game coordinator, head coach Jay Gruden confirmed during his end-of-season press conference on Tuesday.

#Redskins QB coach Kevin O’Connell spurned an offer from Chip Kelly & #UCLA to be OC and will get an elevated title of passing game coordinator, per Jay Gruden

O’Connell joined the Redskins staff last January following the promotion of Matt Cavanaugh to offensive coordinator. He had previously worked as an offensive assistant with the San Francisco 49ers in 2016 and a quarterbacks coach with the Cleveland Browns in 2015, where he began his coaching career.

Many presumed that O’Connell, who played collegiately at San Diego State, would make a return to California after being revealed as a top target for Kelly’s new staff in Los Angeles.

His decision to stay with the Redskins could a major factor in starting quarterback Kirk Cousins’ offseason plans as he faces free agency once again.