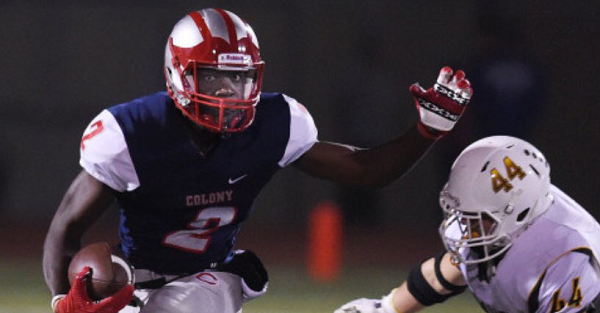 Four-star tight end Michael Ezeike has officially made his commitment and he took to Twitter to make the announcement.

I would like to announce i am 100% committed to the University of Oregon 💛💚 🐣 #TheMovement18 pic.twitter.com/PvKAE8BxvG

The 6-foot-6, 220-pound California native will head north to play for the Ducks. He also had offers from Arizona State, California, Oregon State and Colorado among others. He is ranked as the No. 63 player at his position and No. 37 player in the state according to ESPN.

He becomes the 24th commit in the class and the Ducks are ranked as the top class in Pac-12 and the No. 6 class overall next year according to 247Sports.