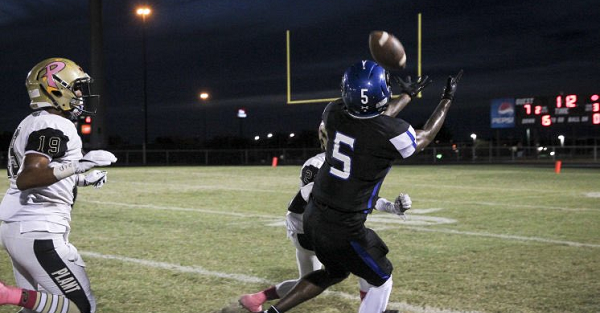 Oregon has got its new head coach in Mario Cristobal, but it looks like he has work to do on the recruiting trail. Four-star receiver Warren Thompson is officially decommitting from Oregon as he took to Twitter to make the announcement.

However, he did say that Oregon is still in good standing with him though:

I de-committed but Oregon is still my #1 don't lose faith.

The 6-foot-3, 196-pound Hollywood, Fla. native is ranked as the No. 29 receiver in the class of 2018 and No. 26 recruit in the state of Florida. He also has offers from Florida State, Alabama and Florida among others and the Seminoles are believed to seriously be in the running since they nabbed Willie Taggart from Oregon.