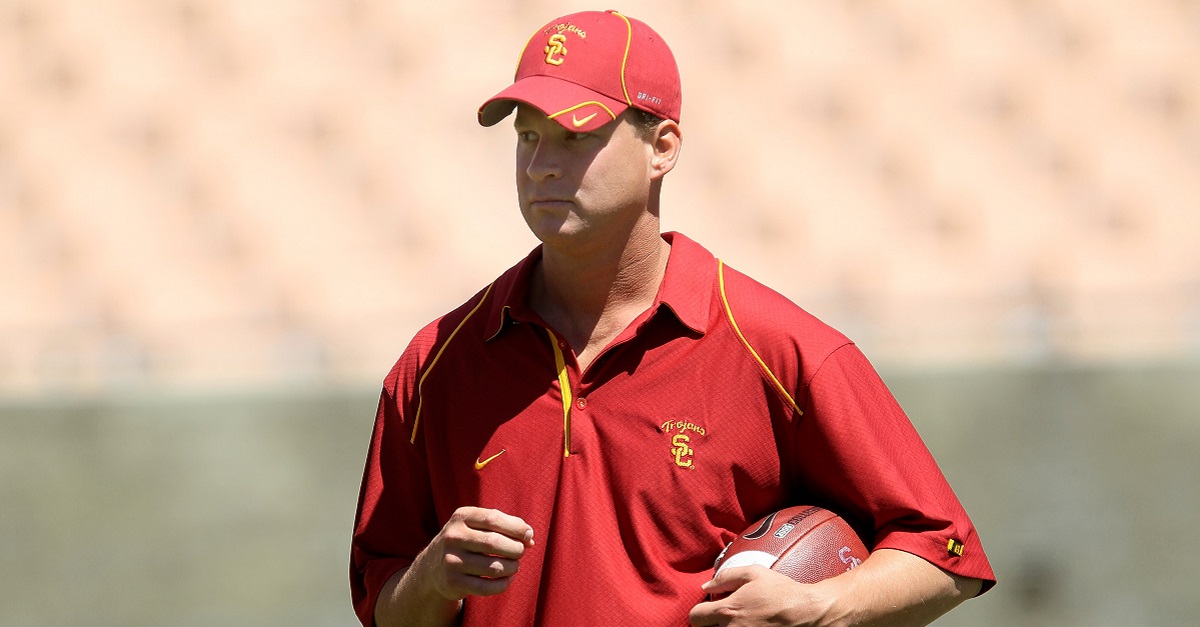 Tee Martin and Lane Kiffin have one thing in common and it’s that both left some sort of legacy for Tennessee football. While Martin’s was winning a BCS Championship in 1998, Kiffin’s was abandoning the school after one season just about a decade later (in 2009). They also are both offensive coordinators — Kiffin for Alabama and Martin for one of Kiffin’s coaching stops at USC — and will face each other the first week of the season in Cowboys Stadium.

With Kiffin having stopped off at USC for four seasons he naturally picked up a few things that the offensive coordinator under him did and now Martin is accusing him of essentially having a copycat offense to USC’s Wednesday on Mobile?s WNSP 105.5.

Martin will be calling all the plays for the first time in a game when the Crimson Tide and Trojans meet up in Jerry World Sept 3. Hopefully he’ll have some good counters to Nick Saban’s vaunted defense and surely he’ll be looking to outclass Kiffin, which is going to be pretty tough.