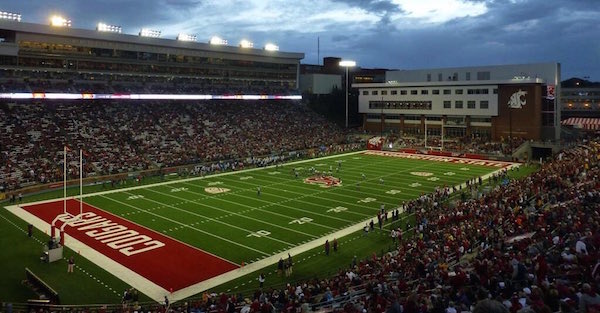 Washington State has reportedly lost its fifth assistant coach and third to a rival Pac-12 team this offseason, according to FootballScoop.

The website reports that wide receivers coach Derek Sage has accepted a similar position as part of Chip Kelly’s inaugural staff at UCLA.

Washington State ranked first among Pac-12 teams in passing yards with a 366.8 yards per game average in 2017.

Sage joined Wazzu last offseason and had previously spent three seasons at Toledo, as well as Wyoming for four years.

The assistant will join linebackers coach Roy Manning, who accepted the special teams coordinator position with the Bruins last month.