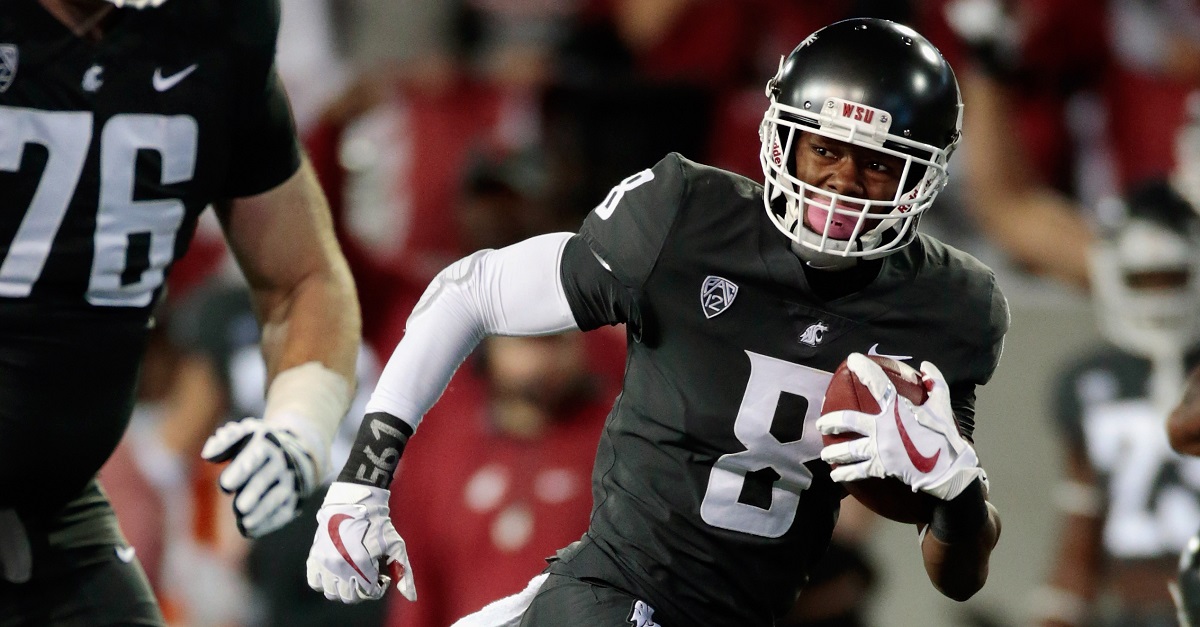 This came from out of nowhere.

On Sunday, Washington State dismissed leading receiver Tavares Martin Jr. after what was termed a “violation of team rules”.

I’ve confirmed through a WSU official Tavares Martin Jr. has been dismissed from the team for a violation of team rules. #Cougs have now lost two WRs since the season ended.

It’s unclear exactly what Martin did at this point to earn the dismissal, but this is not the first time he had upset officials with the team; back in October, Martin was suspended for a game after what his dad described was an argument between the wide receiver and his coaches.

?He was a little angry, saying things hadn?t gone his way the last couple of games. He broke a team rule and needs to be punished for that,? said the receiver?s father, Tavares Martin Sr. ?He just made a mistake, and he had to pay a price for it. It was a miscommunication between him and the coaches. He was upset. He said he felt like he should have been more involved in that game.

?There were a lot of things that took place in the Cal game. T.J. also understands that you lose as a team and you win as a team.?

No. 18 Washington State faces off against No. 16 Michigan State in the Holiday Bowl on Dec. 28 in San Diego.