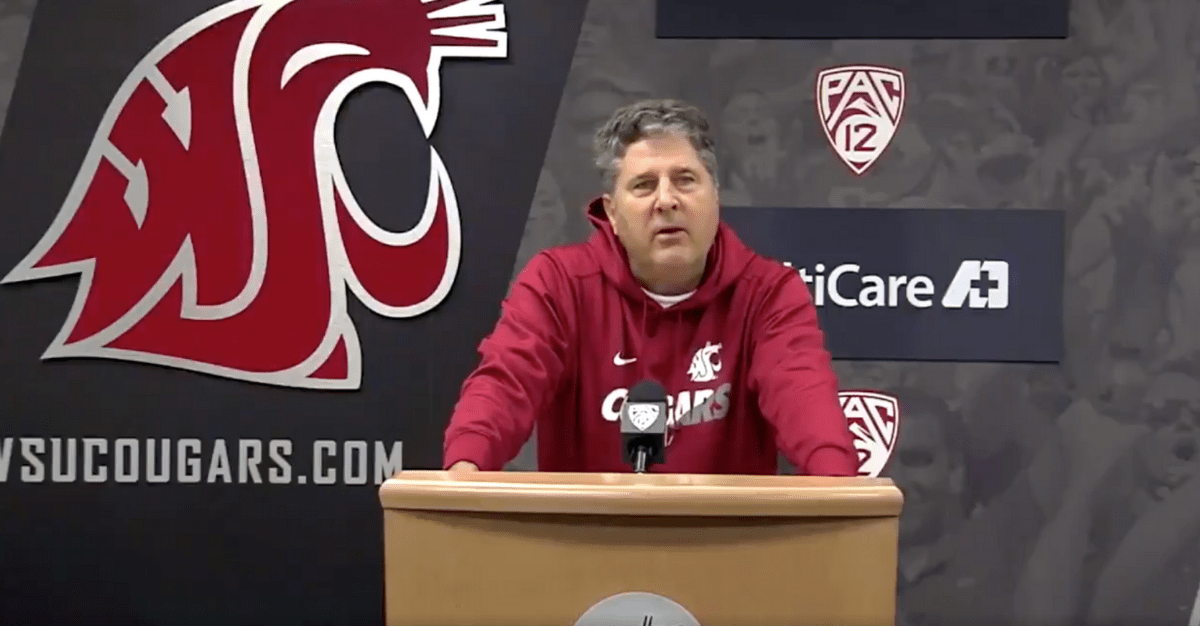 The veteran coach for the Cougars is definitely not afraid to speak his mind, and that was very clear this week when talking about WSU?s offensive balance. So what if his team had zero rushing yards against Pac-12 Conference foe Utah last Saturday? Washington State won 28-24 at Martin Stadium in Pullman, Washington and the 445 passing yards were enough to get the job done.

?There?s nothing balanced about 50 percent run, 50 percent pass, because that?s 50 percent stupid,? according to Leach.

Balance, according to @Coach_Leach and nothing more true has been said. pic.twitter.com/zFaYkCzoGg

In a game full of dynamite quotes, this latest casual rant from Leach has to be on his all-time list.

“Now, what is balanced is when you have five skill positions … if all five of them are contributing to the offensive effort in a somewhat equal fashion, then that’s balanced,” he continued. “But this notion that, if you hand it to one guy 50 percent of the time and then you throw it to a combination of two guys the other 50 percent, that you’re really balanced … you probably pat yourself on the back and tell yourself that, and people have been doing that for decades. Well, you’re delusional.”  ? Mike Leach

To be fair, Washington State did run the ball. Cougars running back James Williams had five carries for 13 yards and quarterback Gardner Minshew II lost them all by kneeling down at the end of the game to seal the victory against the Utes. But there definitely wasn?t a ton of rushing attempts compared to 56 pass attempts.

Mike Leach is certainly more known for his passing attack offenses with some runs sprinkled in. That?s his style. So is making sure everyone who questions it to feel at least 50 percent stupid for asking.

Perhaps every coach should adopt this philosophy.