Paul Finebaum on Jim Harbaugh’s contract: “I don’t think he’s worth it” 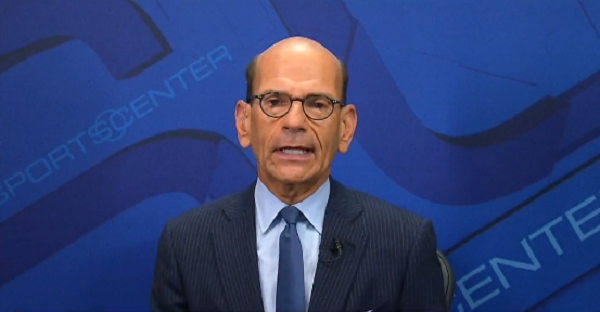 Paul Finebaum has a growing history with the Michigan Wolverines and, on Thursday, the ESPN college football analyst was at it again. Just a few days after he trashed Michigan’s fan base by saying there was “no comparison” between Ohio State and Michigan fans, Finebaum took to the air again and, this time, his target was Jim Harbaugh.

Given Finebaum’s history and ties with the SEC (with Alabama at the forefront), it isn’t shocking to see that the personality went after Harbaugh’s contract. Michigan’s head man is now the highest-paid coach in the country by a significant margin and, in the mind of Finebaum, it isn’t reasonable to pay that type of money for a coach that does not have a championship at the college level.

Finebaum went on to plainly say “I don’t think he’s worth it” when it comes to Harbaugh and the new contract, even declaring that Harbaugh should “try winning a championship before making that kind of money”. It seems fairly clear that this will not be the last of the Finebaum-Michigan love fest in the near future and fans of the Wolverines will likely see their level of disdain grow for the ESPN host as the calendar flips to November.