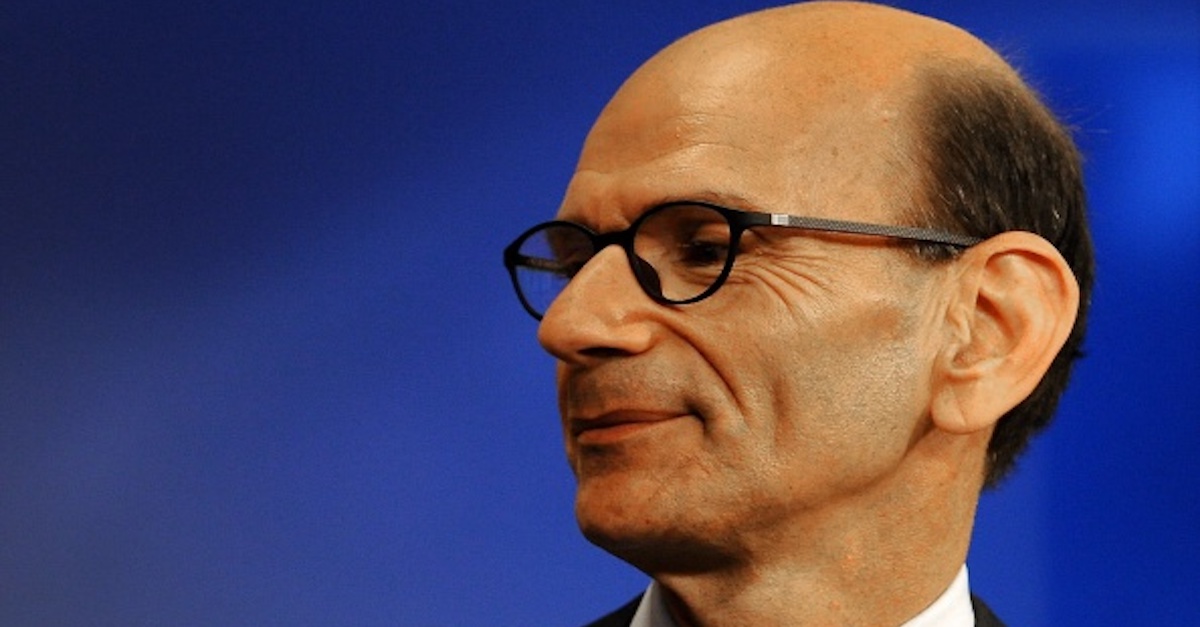 Paul Finebaum was on ESPN earlier on Monday and in light of the new AP Poll he gave three potential College Football Playoff sleepers. Somehow, he managed to name three schools that were not in the SEC as his sleepers. He has Northwestern out of the Big Ten as well as Louisville and Miami out of the ACC.

“I actually like Northwestern not even from the pack. I think Louisville, maybe Miami under Mark Richt in Year 2. They came very close last year. I think those are a couple. It’s always tough to pick one, but I think the U is back,” Finebaum said.

Louisville and Miami will have to deal with CFP contenders like Clemson and Florida State in their own conference as well as a Virginia Tech team that should be solid this year. Northwestern meanwhile, is trying to beat out Ohio State, Michigan and Penn State as well as potentially Wisconsin so there’s likely a lot more competition in that conference if they want to play spoiler and sleeper.