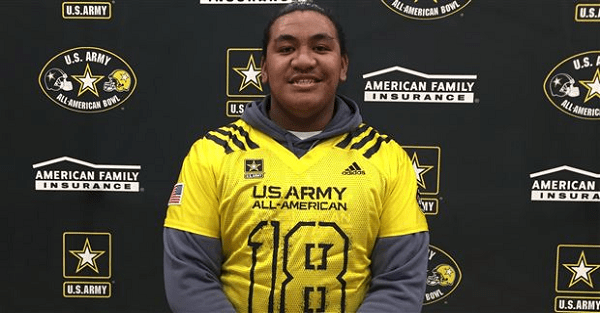 Four-star offensive tackle Penei Sewell announced when he will be signing his National Letter of Intent. He took to Twitter to make the announcement:

The 6-foot-5, 349-pound offensive guard out of Utah is ranked as the No. 3 player at his position and the top player in Utah according to 247Sports. Sewell’s recruitment is believed to be down to Alabama, Utah, USC and Oregon as he’s taken official visits to those schools as well as Nevada. Sewell also has offers from Arkansas, Michigan, Nebraska, Notre Dame, Oklahoma and Tennessee among others.