Penn State no longer has a chance at the College Football Playoff or the Big Ten Championship after losing to Michigan and Ohio State. Although they have two losses, they are still very much in the running for a New Year's Six bowl game. After playing in one of these six coveted bowl games for three out of four years from 2015-2019, the Nittany Lions have not been back since. With a much easier road ahead, Penn State has to get back to form, as they are still able to have a very successful season.

Not the Season Penn State Wanted 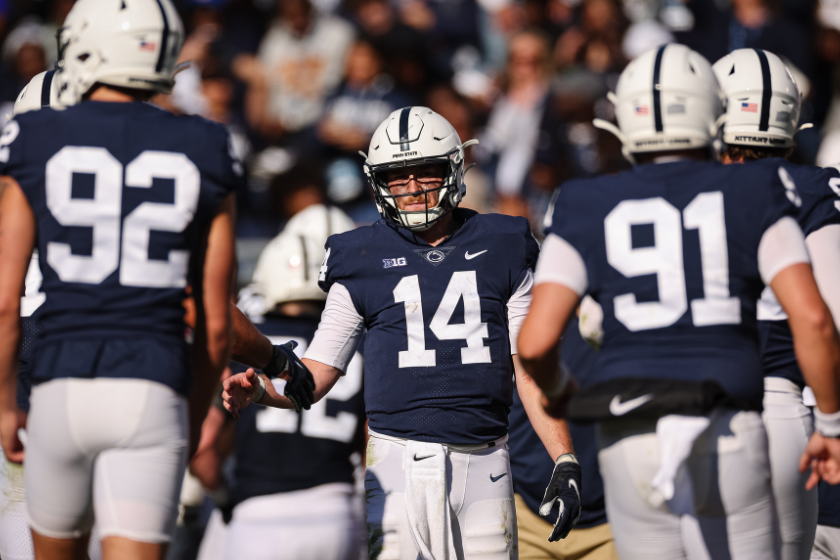 Penn State only dropped three spots after their loss to Ohio State and sits at No. 16 in the AP poll now. The Nittany Lions showed that they are on the same level as Ohio State, and for 50 of 60 minutes they actually looked like the better team. Up until less than 10 minutes in the fourth quarter, the Nittany Lion's defense was locking up arguably what is the best offense in the country. There were a lot of positives to take away from this game, and if they can find a way to play as they did in the first three quarters against Ohio State for a full four quarters against every other team that they have left on their schedule, they will find a lot of success.

After allowing just 16 points against the Buckeyes in the first three quarters, Penn State gave up 28 points in the fourth quarter alone. They fell apart, and this is something that can't continue to happen. Overall, the defense played well, and although they did not finish well, this is still one of the better defenses in the country.

On offense, the team was able to score 31 points, and with 371 passing yards, it looked as if the quarterback and captain Sean Clifford had a great day. However, if you look a little deeper, you might spot a few imperfections. Clifford threw three interceptions, and all of them looked equally as bad and preventable with a little more thought behind the decision. Nittany Lions fans have been patiently waiting for fourth-year starter Clifford to improve his decision-making. If last Saturday's game against Ohio State proved anything, it's that it has not gotten better, and it probably never will.

While many Penn State fans are calling for five-star freshman Drew Allar to take over at quarterback, it does not seem likely that Coach Franklin and his staff give up on someone that they have believed in for almost half of a decade. With only a few games left in his collegiate career, Clifford will continue to start for Penn State, whether that is the right decision for the future of the program or not. Luckily for fans, the Nittany Lions have some electric playmakers that save their struggling quarterback over and over again.

The Nittany Lions Can Make a Statement in November 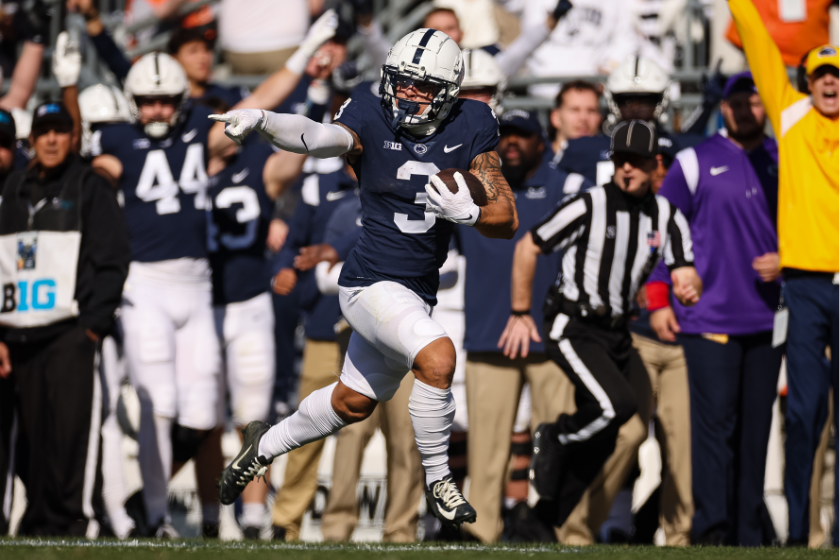 The last two weeks have been the "Parker Washington Show" in State College as the sophomore wide receiver has caught 18 passes for 249 yards and two touchdowns in the last two games. The Nittany Lions needed a wide receiver to step up this season, and Washington has definitely been that guy. He has been a highlight machine, with a catch over a Minnesota defender on a ball that was just heaved in his direction two weeks ago, and a 58-yard touchdown last week, where he broke and spun out of multiple tackles on his way to the endzone.

Penn State does not face another team ranked in the top 25 for the rest of the season, and if all goes according to plan, they should end the season with only two losses. If they are able to do this, it looks like they will have their most successful season since 2019, when they beat Memphis 53-39 in the Cotton Bowl. According to bowl predictions, Penn State is currently the favorite to represent the Big Ten in the Orange Bowl, but this can definitely change. Although it is easy to look at this season as over after the losses to Michigan and Ohio State, this season could turn out to be one of the most successful in the past five years, and we could be watching Penn State football on New Year's eve.

MORE: The Penn State Whiteout Game is One of College Football's Best Traditions