CFP committee chairman explains the “very slight edge” No. 1 Georgia has over Alabama 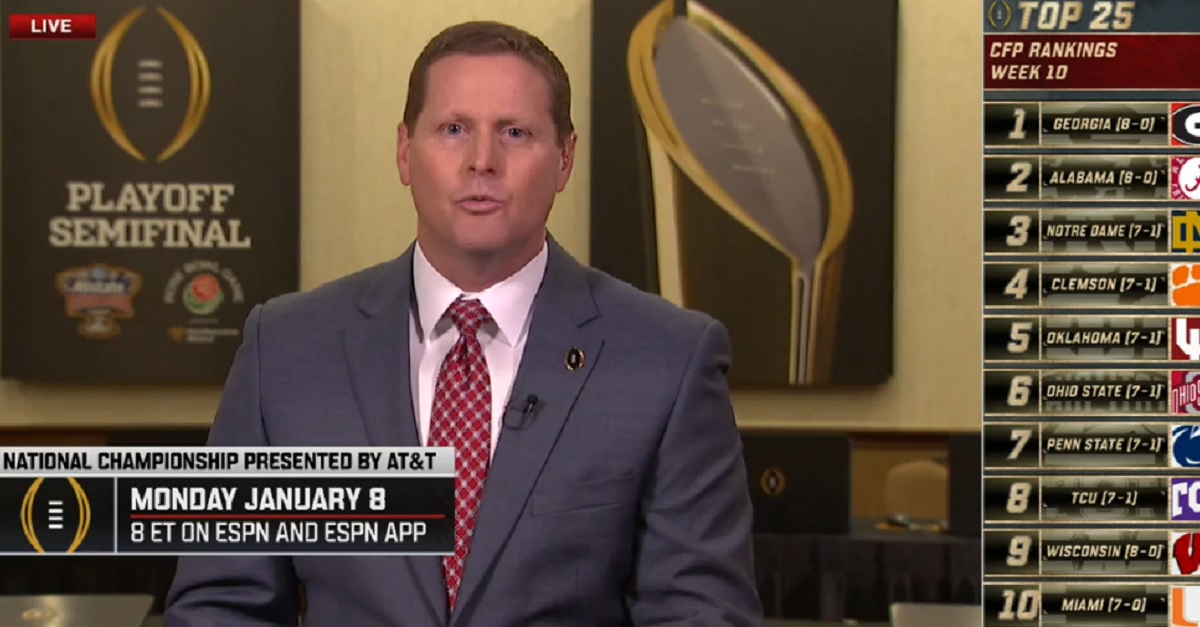 Some fans may have been surprised with the first set of College Football Playoff rankings, as Georgia is opening as the No. 1 team over Alabama.

For those wondering why, Playoff committee chairman Kirby Hocutt explained exactly why the Bulldogs took that ranking over Alabama, specifically mentioning Georgia win over No. 3 Notre Dame as a strong point.

“At the end of the day, it was the two wins over two CFP top 25 teams for Georgia, especially the win over No. 3 Notre Dame gave Georgia the very slight edge over Alabama this week.”

In addition to the win over Notre Dame, Georgia also has an impressive 31-3 win over No. 16 Mississippi State. Alabama’s big issue is right now is that no team that have faced is currently ranked. While Florida State opened the year as the AP preseason No. 3 team, the Seminoles have faltered greatly with the injury to starting quarterback Deondre Francois.

The full first edition of the College Football Playoff rankings can be seen here.