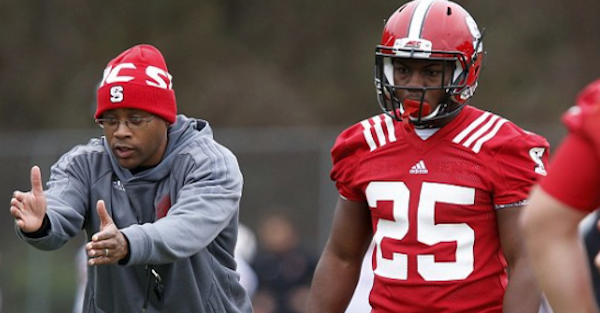 According to Thamel, Kitchings will not take the open Furman job.

As a Furman grad and after getting his coaching start at his alma mater in 2004, Des Kitchings will return to take over as the team’s head coach, per Sports Illustrated’s Pete Thamel.

He’s been at NC State since 2012 in a variety of roles, but most recently as assistant head coach for offense and recruiting coordinator.

Kitchings appeared to shove Deshaun Watson during a sideline encounter in 2015: