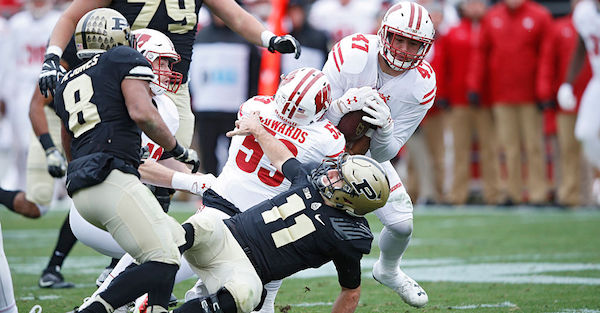 Jeff Brohm is entering his first season as the head coach of Purdue, and he has the tough task of rebuilding the program from the bottom of the Big 10.

Offensive guard Shane Evans announced he is transferring to Purdue from Northern Illinois.

I am so happy to announce that I will be continuing my athletic and academic career at Purdue! #boilerup #brohmsquad pic.twitter.com/FRrlECWBYc

Evans graduated from Northern Illinois in three years, and he will have two years of eligibility remaining for the Boilermakers.

Evans started 18 games in two seasons for the Huskies, and he is listed at 6’4, 302 pounds. Evans was an academic All-MAC selection.

Brohm was 30-10 in three seasons at Western Kentucky. Purdue hasn’t had a winning season since 2011, and they’ve won nine games combined in the last four seasons.