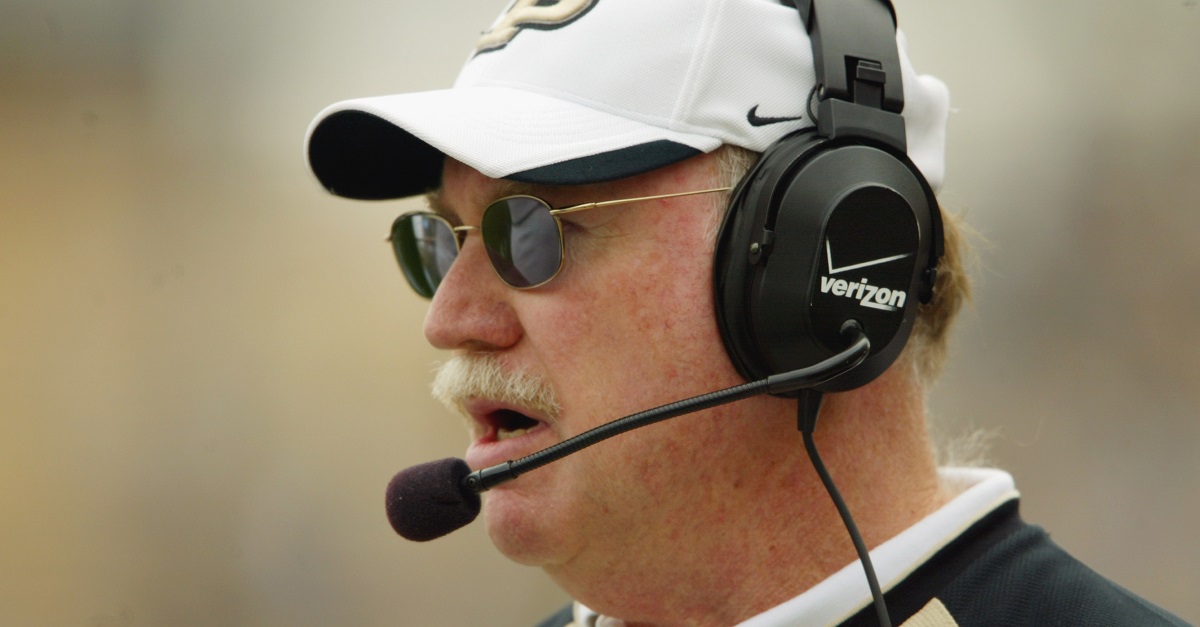 Kevin Sumlin asks for prayers for ex #Purdue coach Joe Tiller who "isn't doing too well" & publicly thanks JT for all he's done for him.

The Journal & Courrier reached out to Purdue on Tiller’s condition, getting this statement: “Joe has some health issues but is doing OK.” CBS later reported that Tiller, who turns 75 this year, is dealing with cancer. We wish Tiller all the best as he battles the terrible disease.

Tiller was one of the most successful coaches in Purdue’s football history, as he accumulated an 87-62 record in his 12 seasons with the school. This includes one of the schools only two appearances in the Rose Bowl game, which the Boilermakers made back in 2002.

Tiller originally gave Sumlin one of his first coaching jobs back in 1991, where Sumlin was brought on as a wide receivers coach at Wyoming. Tiller later hired Sumlin to the same position after he had taken over at Purdue.