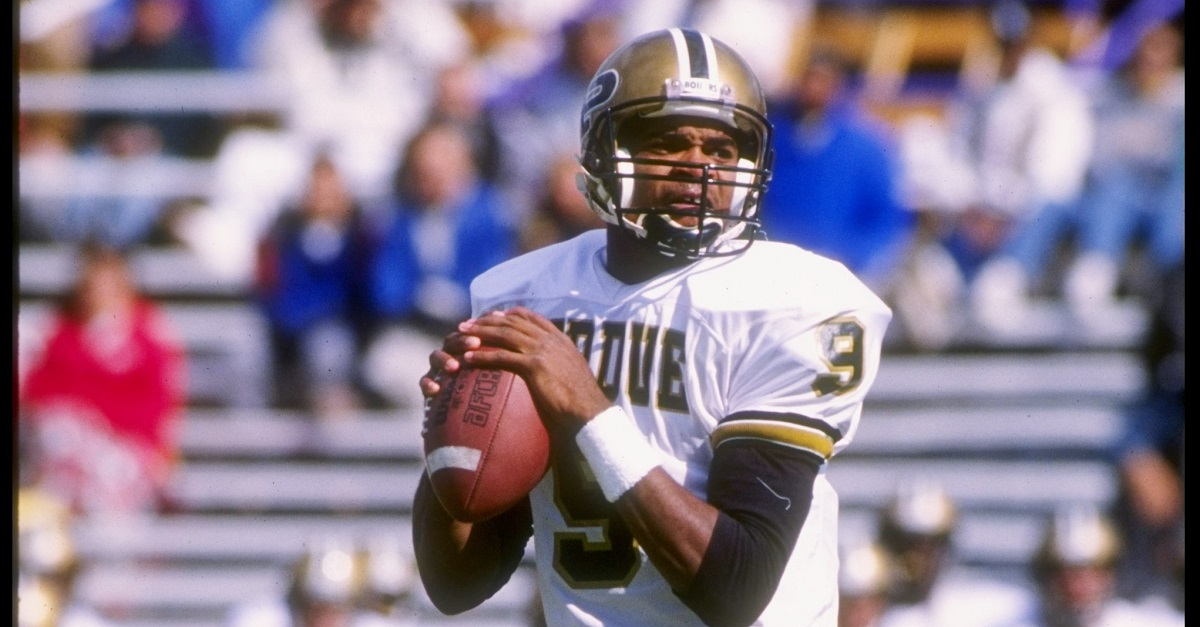 Jonathan Daniel/Getty Images
5 Oct 1991: Quarterback Eric Hunter of the Purdue Boilermakers drops back to pass during a game against the Northwestern Wildcats at Dyche Stadium in Evanston, Illinois. Purdue won the game 17-14.

According to ABC News out of Virginia, former Purdue quarterback Eric Hunter was shot to death in a KFC/Taco Bell parking lot on Wednesday night in Hampton, Va. He was only 46.

No other injuries were reported in the incident and police are still investigating, per ABC News. Hunter was reportedly found alive in the parking lot, but passed away before he could be transported to the hospital.

Hunter was Purdue’s starting quarterback back in the early-1990s, throwing for over 5,000 yards in his career. Purdue had a record of 13-31 during Hunter’s four years at the school.