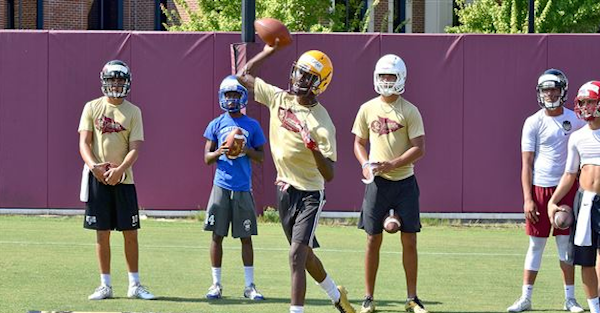 Florida State landed its second quarterback for the class of 2017 on Wednesday evening. Three-star quarterback James Blackman (6-foot-4, 165 pounds, Belle Glade, Fla.) announced that he is now verbally committed to FSU. Blackman was offered by the ‘Noles a couple of weeks ago following his attendance of Jimbo Fisher’s football camp in Tallahassee.

Blackman chose Florida State over offers from West Virginia, Louisville and Miami. His other instate offers included FAU and Florida A&M. FSU?s 2017 class already has a verbal from four-star QB Bailey Hockman, so the position is a tad bit crowded. But having too much of a good thing, especially in recruiting, is a good problem to have in college football.

“They have great coaches,” Blackman said via 247Sports. “They know what they’re doing. They know how to build a winning program. They can get me to the next level in my life and polish me as a person and as a player.”