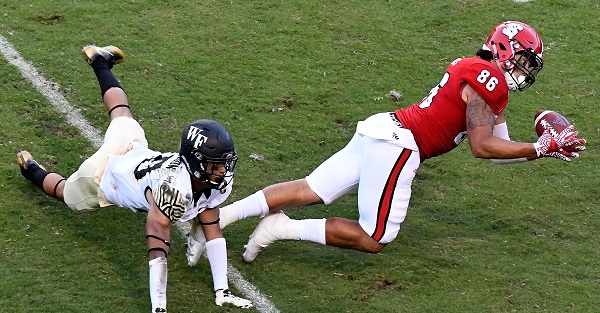 Moss announced his transfer from N.C. State on April 13 after only one season.

As a true freshman tight end for the Wolfpack in 2016, Moss caught six passes for 49 yards and a touchdown.

The former three-star recruit was the No. 18 tight end in the Class of 2016 according to 247Sports.

Moss is scheduled to attend LSU’s spring game Saturday night, and he will be on campus through Monday.