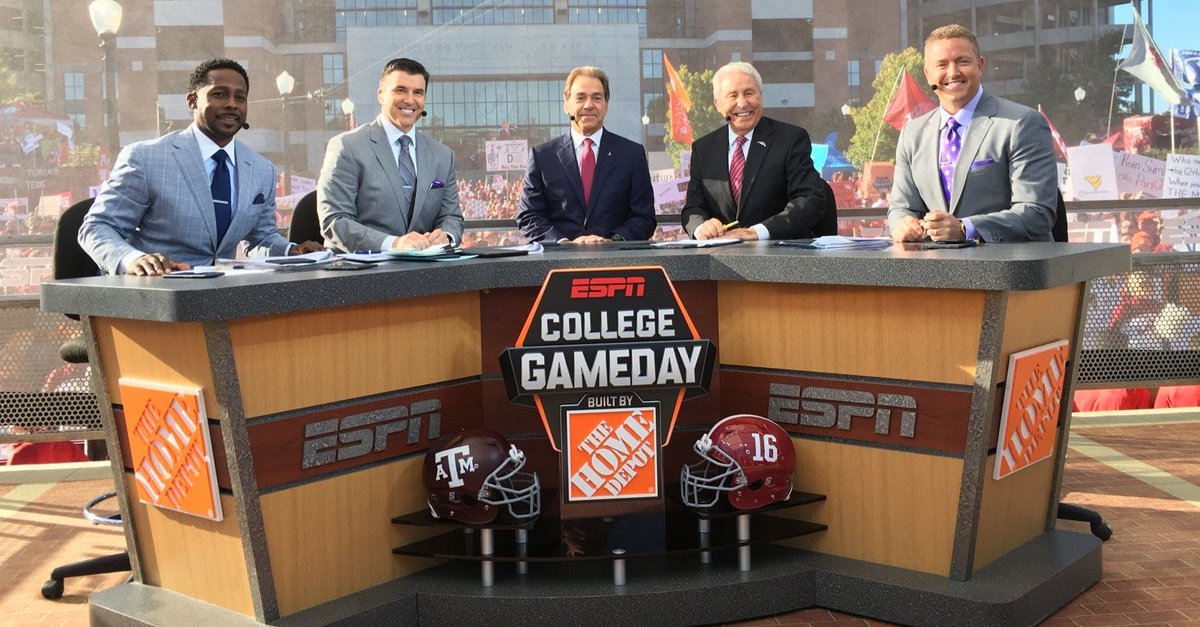 ESPN College GameDay host Rece Davis is not usually the one giving his picks during the popular television show each Saturday, but he got one major prediction in before the season got going. On SportsCenter Monday morning he was asked about a sleeper team to make the College Football Playoff and gave a pretty surprising Pac-12 team.

Davis mentioned losing two first-round picks and failed to mention the guys that could possibly replace them — it’s no one as of now. They’re currently ranked No. 14 in the Coaches Poll for the preseason, but if they find ways to beat the likes of USC in the Coliseum and Washington at home while taking care of business everywhere they should, there is a real chance they could spoil some seasons.

However, USC and Washington should be the top programs in the conference this year and are likely going to be battling all season to get the conference’s spot in the College Football Playoff.