Rece Davis thinks this team deserves to be ranked No. 1 with Alabama 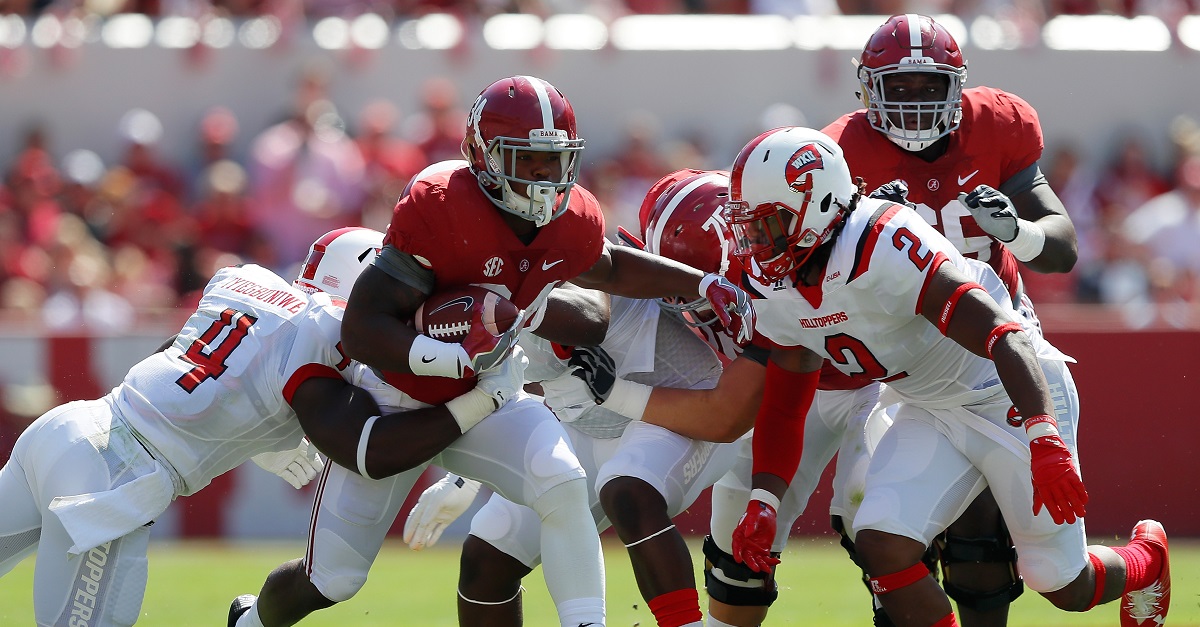 ESPN’s Rece Davis usually lets his analysts and co-hosts do the talking on Saturday mornings on College Gameday, but he felt like doing some tweeting on Monday. Davis released his list of top 16 teams and he believes there’s a team that’s on the same level as Alabama and should get ranked the same as the Crimson Tide.

Houston is also a little surprising at such a high spot right now, but what’s more surprising is who fell off the top pedestal so quickly into the season.

RELATED: Kirk Herbstreit thinks this team will make it to the CFP despite slow and sluggish start

Clemson was a top two team to start the season and its sluggish starts have cost them in these lists and the polls.

His tie for the 16th spot is also a bit interesting:

USF has looked good against Towson and Northern Illinois to start the season as the Bulls have outscored their opponents 104-37. Oregon could be a sleeper team in the Pac 12 as well if they can get by Washington halfway through the season and Stanford in November.