Recruiting analyst says one 5-star recruit has the “upside to be the No. 1 pick in the NFL Draft” 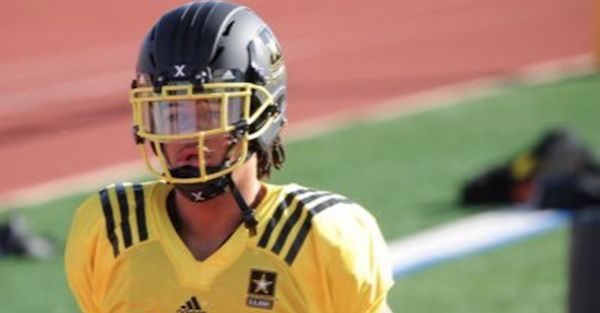 Ohio State and Urban Meyer currently have one of the top recruiting classes in the country, and the class is headlined by five-star defensive end Chase Young.

According to 247Sports, Young is the No. 8 overall player in the class of 2017, and 247Sports Director of Recruiting Steve Wiltfong said Young has tremendous upside.

“He’s a guy that has the upside to be the No. 1 pick in the NFL draft,” Wiltfong said, via Land of 10. “He’s a very disruptive defensive end.”

At the U.S. Army All-American Bowl, Young recovered a fumble, had a tackle-for-loss and had a quarterback hurry.

“He was one of the bell cows there,” Wiltfong said. “One of the best guys there, and he certainly flashed a ton in the game.”

Young, at 6’5 and 251 pounds, should provide a boost to Ohio State’s defensive line, which returns plenty of depth from last year in Tyquan Lewis, Sam Hubbard, Jalyn Holmes and Nick Bosa.