Nation’s No. 2 OG Trey Hill names his “final four” ahead of commitment 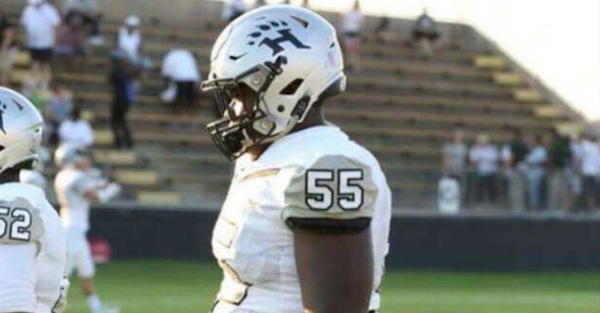 And then it was down to four!

Four-star offensive guard Trey Hill (6-foot-4, 346 pounds, Warner Robbins, Ga.) announced that he would make his commitment on Monday, Dec. 11. Hill also named Florida State, Georgia, Auburn, and Florida as the four schools that he will be picking from.

First off I will like to thank GOD for giving me this opportunity to play football and futher my education at the next level.I would like to thank all the coaches that has recruited me sense 10th grade. It’s been amazing 🏈🙏🏽. Commitment Dec.11th! It’s Go Time! pic.twitter.com/ehxr4VCSGW

As of now, Georgia and Auburn have emerged as the two favorites for Hill, at least according to the 247Sports Crystal Ball. Hill has taken multiple visits to both schools, including official visits to both within the past few weeks.

That said, don’t rule out Florida State in this battle, as new head coach Willie Taggart has already made Hill one of his first priorities since arriving in Tallahassee. However, the Seminoles will have a lot of ground to make up in just a few days if they want to land one of the biggest recruits of the 2018 class.

Hill is ranked as the No. 2 offensive guard in the nation across the three major recruiting services.