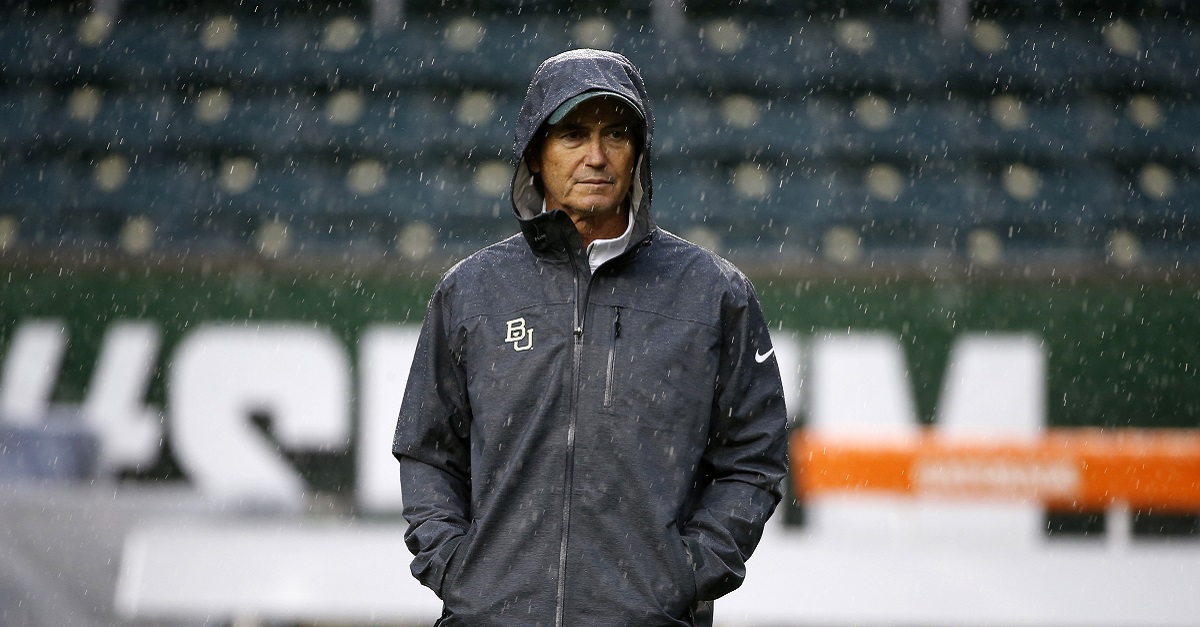 Billionaire Texas booster Red McCombs is pushing to get former Baylor football head coach Art Briles a job for the same position at the University of the Incarnate Word, according to the San Antonio Express-News.

McCombs told the newspaper that he reached out to the school’s board of trustees in an attempt to have the school hire Briles as its next head coach. He believes Briles is the right candidate for the job after the program went 1-10 this season.

“You not only will be getting the best football coach available but also the best man,” McCombs said he told UIW trustees. “In two years’ time, he would leave them with an unbelievable program in place and then could go to the big time, because that’s where he should be in the first place.”

“The man that I know wouldn’t even come close to being the kind of guy those people (painted him out to be),” McCombs said. “I don’t think (Baylor) handled the job right, but that’s their business, not mine. But what happens to little Incarnate Word is my business. I want them to do well, but I am afraid they are fighting an uphill battle, and this could be their big breakthrough.”

A source told the newspaper that the university is not considering Briles for the position. McCombs is a big-time booster at Texas and has donated to the University of the Incarnate Word in the past as well, but it doesn’t appear that the school will take his advice on this issue.