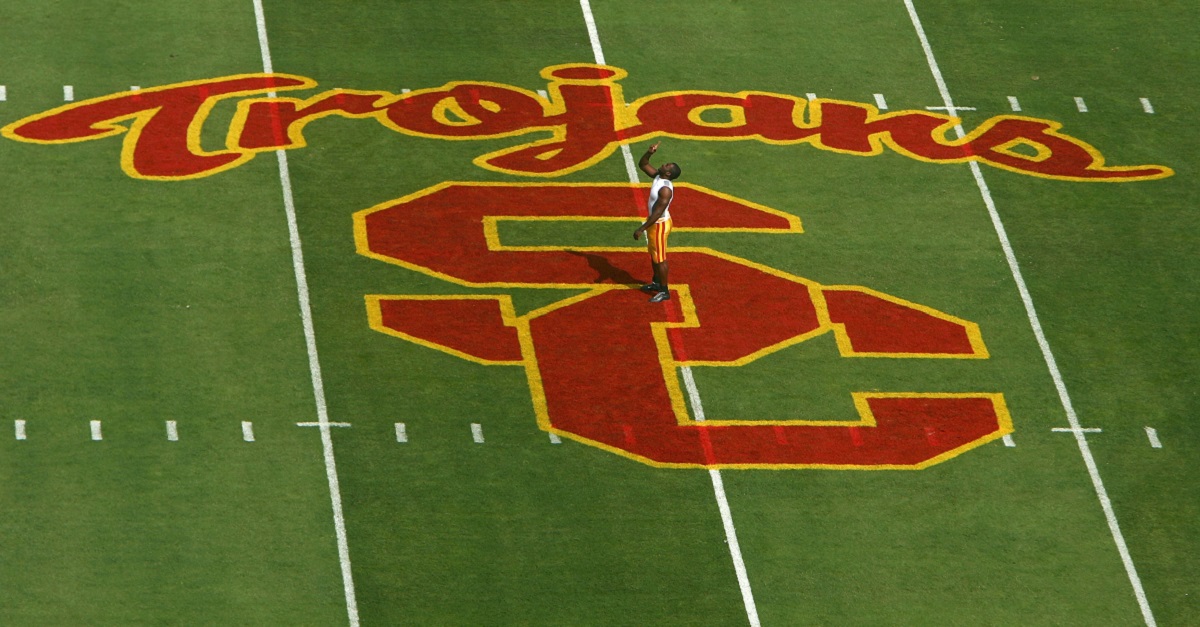 Former USC running back and current Buffalo Bill Reggie Bush might have quite the conundrum to deal with in Week 5 of the NFL season. His team plays the Los Angeles Rams in the L.A. Coliseum and that seems pretty straight forward, but Bush is actually not allowed to appear there because of the NCAA sanctions against him.

As part of the sanctions against USC for Bush’s impermissible benefits and taking money from agents while he was a player for the Trojans, not only did Bush have to “dissociate” from USC, but is not allowed on campus or at the stadium at all. However, there is going to be a conflict of interest there as he has to play there in Week 5.

RELATED: Bills in a pinch after Karlos Williams’ cut and other RB injuries

Who wins out in this case? The NCAA surely can’t keep him from playing in the game considering that’s his livelihood out there and he gets paid to do so. The Bills especially need him out there after cutting Karlos Williams and Mike Gillislee suffering an injury in the Bills’ most recent preseason game. Assuming that Bush is able to play the game this would seem like a pretty big middle finger to the NCAA.