Report: Will Grier transferred after coaches didn’t guarantee him a job 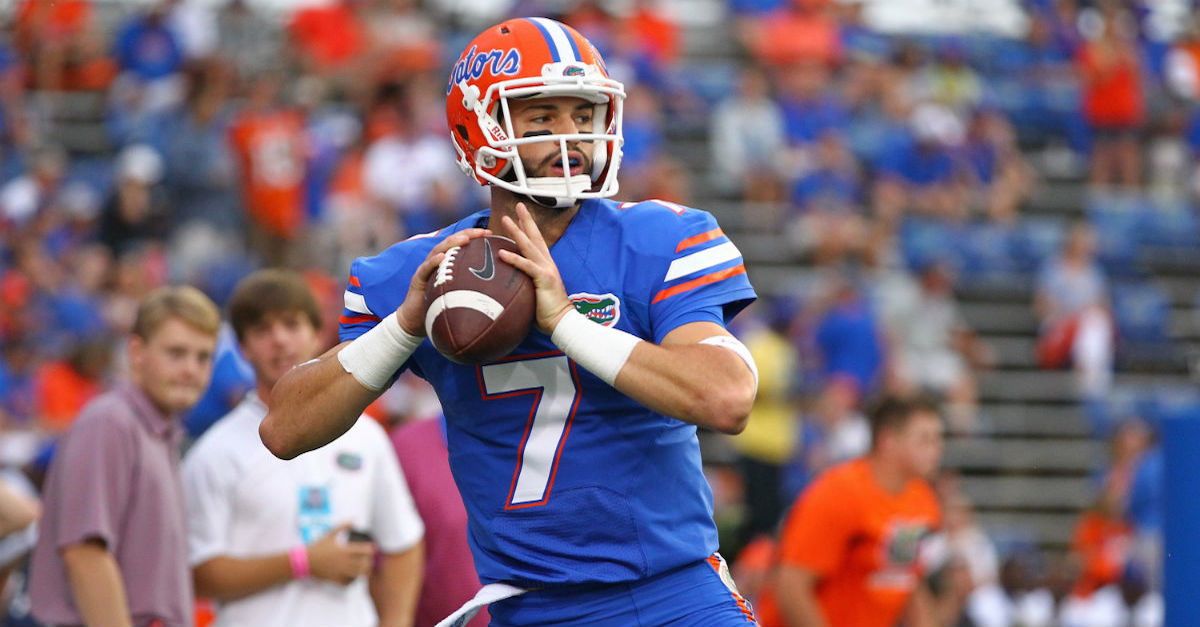 It’s been about five months since Florida football’s season was turned upside down when the NCAA announced it was suspending former Gator starting quarterback Will Grier for a year. Grier, who tested positive for a banned substance by the NCAA after he informed the public that he took an over-the-counter substance that he didn’t know had the banned substance in it, transferred from Florida in December.

There really wasn’t a specific reasoning as to why exactly he would be transferring — the suspension is going to last Grier an entire year — which would include the back-end of last season he sat out last season, and the first seven games of the 2016 season — if he stayed in Gainesville. We now reportedly have a reason. Pat Dooley of the Gainesville Sun told 1010 XL, a radio station in Jacksonville, Fla., that Grier and his father, a high school football coach in North Carolina, wanted guarantees from the coaching staff about Grier starting again once he was declared eligible.

“(Grier and his father) wanted guarantees – the father came in there and said, ‘What’s the plan to get Will back in the lineup?’ ” Dooley said via Gridiron Now.com. “(The coaches) were like, ‘There is no plan; he can’t even rep until the seventh week. We’re going forward without him.’

“Florida was kind of taking the approach, ‘What are you thinking? He’s not eligible. You can’t just step in from non-eligibility and be the starter.’”

If this report is indeed true, you really can’t blame Florida’s coaching staff for not giving Grier any promises. Given that they already had Luke Del Rio on campus at the time of Grier’s transfer, and they were probably anticipating signing at least one big-time prospect to the 2016 recruiting class. Grier is expected to make a decision on where he’s transferring after spring football. He has visited both West Virginia and Ohio State since the announcement of his transfer

The full segment of Dooley on the radio show in Jax can be heard below, courtesy of Sound Cloud.