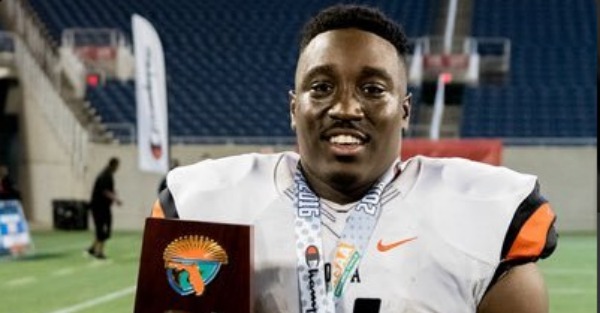 Bruce Judson, a four-star athlete out of Cocoa, Fl., decommitted from USF and is believed to be headed to Oregon, where the Bulls former head coach has now landed.

The country’s 29th-ranked athlete and the No. 61 overall prospect, according to 247Sports composite rankings,  Judson released a statement Tuesday on Twitter about his plans.

The 5-9, 203 pound Judson, who runs a reported 4,41 in the 40, officially visited Oregon on Friday, leading to speculation that he’s planning on following Taggart to Eugene. A recent tweet from Judson also seems to indicate that might be the case.