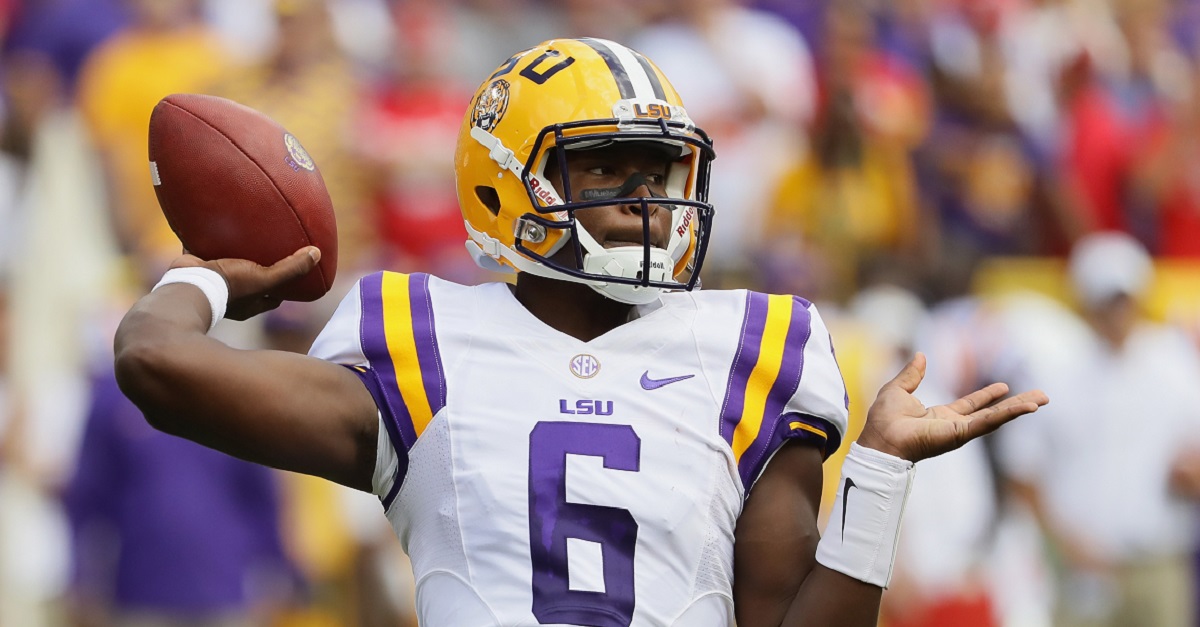 It was announced on Monday that former LSU starting quarterback Brandon Harris would be transferring away from the program, a move that had been anticipated after Harris was replaced as the starter by Danny Etling during the 2016 season.

It was reported by Jacques Doucet of WAFB in Louisiana that Harris had been in contact with 15 schools about his transfer, and it looks like one of those schools is that is emerging for the quarterback’s transfer is North Carolina.

Just got a text that North Carolina, Brandon Harris have mutual interest.

The Tar Heels need a quarterback to replace the departing Mitch Trubisky, and Harris could be an option for the ACC squad. The more up-tempo, spread offense that North Carolina runs would definitely suit Harris’ talent better than the old Cam Cameron offense at LSU, and he may have a chance to thrive there as a graduate transfer.

North Carolina is also pursuing former Notre Dame quarterback Malik Zaire, who has a similar — albeit more refined — skill set to Harris. While it is good for North Carolina to have options, they will still be very hard-pressed in replacing Trubisky, who threw for 3,748 yards, 30 touchdowns, and just six interceptions in the 2016 season.